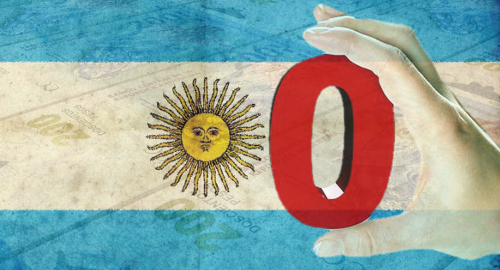 Argentina’s plans to carve itself a slice of online gambling revenue have so far earned the federal government a whopping total of zero pesos, as provinces and international operators thumb their nose at national regulations.

In December 2016, Argentine legislators voted to impose a new 2% federal tax on all online wagers placed by the nation’s bettors. The tax, which officially took effect on January 1, 2017, was supposed to be collected at source by credit- and debit-card issuers from deposits made with Argentina-facing online gambling operators, regardless of where that operator was based.

Optimistic federal bean-counters predicted annual returns of up to ARS1b (US$51m) from this heretofore untapped revenue source. However, thirteen months later, a report in La Nacion revealed that the government has yet to collect a single peso from this new tax.

Internationally licensed online operators have encouraged Argentine punters to fund their accounts via other online payment methods, while provincially-run online sites are proving equally reluctant to allow the federal government to wet its beak on the sweat of their local operations.

Like the United States, gambling issues in Argentina generally come under local jurisdiction. To date, seven Argentine provinces have authorized some form of intra-province online gambling, including the province of Misiones’ Misionbet.com.ar, which recently relaunched following a lengthy legal tussle with Buenos Aires prosecutors.

Two other provinces have launched their own state-run gambling sites – Tucumán’s Pálpitos24.com.ar and San Luis’ Jugadón.com – while the provinces of Neuquén and Río Negro allowed land-based casinos within their borders to launch online casino sites.

These provinces reportedly dodge the federal tax requirement by allowing punters to fund their accounts with provincially-issued physical and virtual prepaid cards. But their sites’ shares of their respective provincial markets remains miniscule in comparison with international operators who continue to cater to the national market as a whole.

However, Argentina’s patience with noncompliant online operators appears to be wearing thin. Last July, Buenos Aires prosecutors shut down Misiones-based Miljugadas.com for taking bets from punters based outside its home province. Earlier this month, a court ordered Miljugadas’ operators not to leave the country while their charges of illegal online gambling are pending.