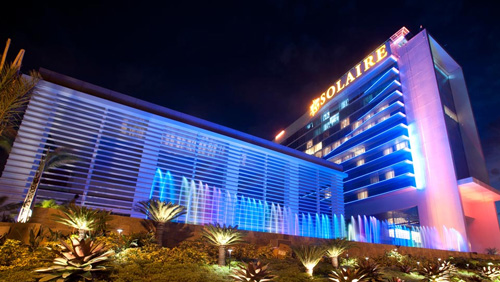 It’s back to the drawing board for state-run Philippine Amusement and Gaming Corporation (PAGCOR) after the bidding of two parcels of land where Solaire Resort and Casino stands has failed.

The Philippine Daily Inquirer reported that PAGCOR now plans to privatize the two lots, with a combined area of 160,359 square meters (1.73 million square feet), through a negotiated sale after only a single bidder took part in last Friday’s auction.

PAGCOR rules require at least two parties to submit a bid tender in order for the property to be auctioned. Only Sureste Properties Inc. (SPI), a wholly owned subsidiary of Bloomberry Resorts Corp., submitted a bid for the twin lots on Friday. SPI, the owner and operator of the hotel and non-gaming facilities in Solaire, is the lessee of the PAGCOR land.

With no takers other than SPI, PAGCOR said that it will now enter into a negotiated sale.

This is the second time that the auction failed since it was first bid out on November 27. The starting bidding price for the twin plots is PHP37.23 billion (US$726.6 million), to be paid in cash.

PAGCOR has given Solaire operator Bloomberry Resorts Corp., through its unit Sureste Properties Inc., the right to match “the highest complying bid for the properties” since the casino operator has the leasehold rights.

Solaire’s lease expires in July 11, 2033, and is extendable for another term under certain conditions.

The Philippines has strict protections when it comes to real estate ownership. The country’s Constitution prohibits foreigners from directly owning property in the country. PAGCOR emphasized this when it said that “prospective bidders must be Filipino citizens or otherwise authorized by the law.”

The Bloomberry subsidiary had already submitted to the state regulator an offer to purchase the subject land by negotiated sale, in the event that the bidding fails.