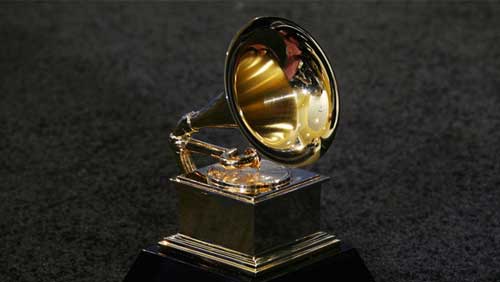 For more than a decade, the Grammys has been widely criticized for their lack of diversity and inclusion in the major awards categories.

The last time that a non-white male artist won a best album Grammy was in 1999 when Lauryn Hill took the coveted award for her debut solo album, “The Miseducation of Lauryn Hill”.

Back then, Hill was up against four female artists in the category: “The Globe Sessions” by Sheryl Crow, “The Miseducation of Lauryn Hill” by Lauryn Hill, “Ray of Light” by Madonna, “Come on Over” by Shania Twain and “Version 2.0” by the band Garbage, led by Shirley Manson.

Everything went back to regular programming after that year, with white male artists continuing to dominate the category–until 2017, when many artists finally said enough is enough after Adele’s “25” won against Beyonce’s “Lemonade” in the best album category.

Even Adele was critical of the choice and addressed it in her acceptance speech.

Artists like Drake and Frank Ocean had boycotted this year’s Grammys by refusing to submit their albums for consideration. And the award-giving body finally listened.

For the first time in Grammy history, all four of the big categories—Record of the Year, Album of the Year, Song of the Year and Best New Artist—are dominated by women and artists of color.

Jay-Z, Bruno Mars, Lorde, Kendrick Lamar, and Childish Gambino will compete for the music industry’s most prestigious prize on Jan. 28 in New York.

At online sportsbook Bodog, Kendrick’s “DAMN” is a clear favorite for the Album of the Year category with 4/11 odds while Mar’s “24K Magic” trails behind it with 11/4 odds. Lorde, however, might give the two men a run for their money as “Melodrama” is also up for the award with 9/1 chances of winning.

Meanwhile, the Best New Artist Award has an interesting mix of nominees. Alessia Cara is the frontrunner with 1/2 odds, while SZA is a close second at 5/2 odds. Rounding up the category are Julia Michaels and Khalid, who both have 12/1 odds, and Lil Uzi Vert who has 18/1 chances of being proclaimed as Best New Artist.

“Despacito,” the 2017 hit that catapulted Luis Fonsi & Daddy Yankee’s to stardom, is the clear favorite to win this year’s Record of the Year with 1/3 odds. Its closest rival is Lamar’s “Humble,” which has 11/4 chances of pulling an upset during the awards night.