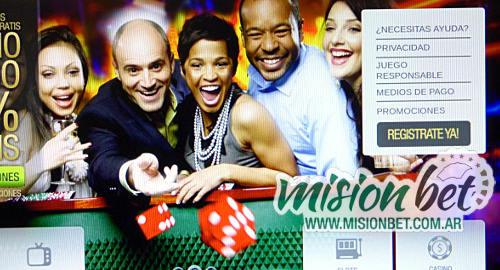 On Tuesday, the Provincial Institute of Lottery and Casinos of the State Society (IPLyC) in the Argentine province of Misiones confirmed that its Misionbet gambling site would reopen to the public on Monday, January 15.

The state-sponsored Misionbet launched in 2015, offering sports betting, casino and poker games to the province’s 1.1m residents. However, the site was taken offline last May after a Buenos Aires prosecutor accused the site of overstepping its mandate by taking wagers from punters located outside its provincial borders.

In December, a Buenos Aires court ruled that the site could relaunch provided it employed geo-blocking technology to ensure its customer base consisted solely of punters residing within Misiones. Next week’s relaunch was confirmed by Héctor Rojas Decut, who was appointed as the new IPLyC president last month.

Rojas Decut described his mandate as growing the IPLyC’s revenue while observing its social responsibility obligations. Rojas Decut acknowledged that online gambling is “what’s coming” but insisted that the IPLyC was “making our way by walking,” i.e. not getting ahead of itself in a rush to remain current.

Meanwhile, Argentina’s effort to combat non-state-sponsored gambling sites continues unabated. Last week, a court ordered the operators of the Miljugadas.com site – which also called Misiones home – not to leave the country while their charges of illegal gambling were pending.

Rather than waste time attempting to compel reluctant operators to remit the tax, the government reportedly plans to impose the tax “through the paying agents involved” when punters attempt to fund their online gambling accounts.