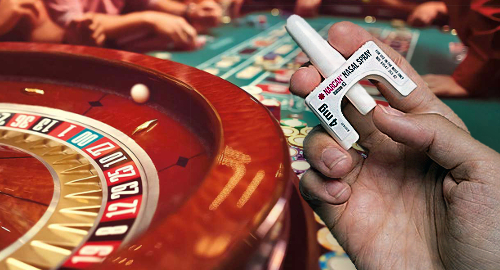 On Sunday, Finland media outlet YLE Uutiset reported that the National Institute for Health and Welfare (THL) wants to study the effect of Naloxone nasal spray (available under the brand name Narcan) on problem gamblers experiencing the urge to indulge.

Naloxone has received a lot of media attention over the past couple years, primarily due to its role in reviving opiate addicts who overdose on heroin, fentanyl or prescription painkillers. The scale of the opiate crisis means Naloxone kits have even been made available to drug users via local pharmacies.

Finnish researchers previously carried out a study of a Naloxone pill treatment that showed some promise in helping problem gamblers, but the pills took an hour or more to kick in, and researchers suspect the nasal spray would provide more immediate benefit.

Researcher Hannu Alho said the THL was looking to enlist 130 problem gamblers to participate in the new three-month study. The researchers hopes to start the trial later this month, although the results aren’t expected to be released until 2019. Should the test prove successful, Alho hopes Naloxone may also offer help for alcoholics.

Surveys have indicated that around 1.5% of Finland’s population have problem gambling tendencies. The Veikkaus state gambling monopoly recently confirmed plans that will eventually require slot machine players to authenticate their identities so that their activity can be monitored.

Previous efforts in Australia and the UK have been made to reduce problem gambling activity by treating gamblers with Naltrexone, a Methadone-like drug traditionally used to wean heroin addicts off their drug of choice.