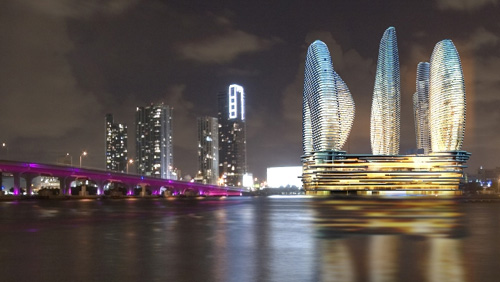 Resorts World Miami LLC, a unit of casino operator Genting Malaysia, will finally be able to move ahead with its plan to build a world-class marina after the city of Miami agreed to lease the bayfront bottomlands.

The Miami Herald reported that Miami city officials and Genting are in talks for the development of a 50-slip marina following the unanimous approval of the city commission for the lease of the submerged land.

Genting’s marina, which could handle 50- to 175-foot-long vessels, was part of Genting’s original plan to build a $3 billion luxury casino featuring multiple towers, stores, and an elevated beach and lagoon.

Unfortunately, the Malaysian-based casino operator was unsuccessful in persuading the Florida legislature to approve gambling on the site. The setbacks prompted Genting to go with its plan B, which was to build a casino-free luxury hotel on the $236 million lot where the Miami Herald once stood.

Instead of a hotel plan, Genting submitted several marina plans to the county in October 2016, fueling speculations that the Malaysian firm was pursuing the marina bay project minus the resort.

Under the new plan, Genting’s subsidiary is allowed to have eight slips at the old Herald site but it may be able to expand that to 50 slips following the approval of the commission.

Genting had to convince first the Florida Department of Transportation (FDOT) to deed a strip of bottomlands back to Miami so that the city would be able to lease the bayfront to RWM. FDOT got the submerged property from Miami to construct the MacArthur Causeway, according to the report.

The marina bay plan only became clearer after FDOT “agreed to convey the property to the city” during the city commission meeting in December 2017.