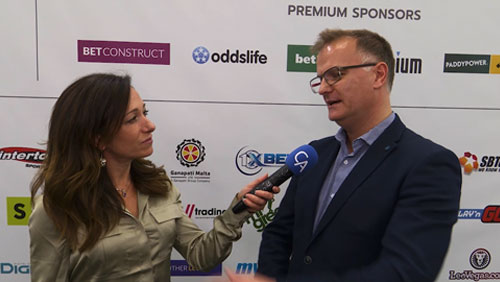 In this interview with CalvinAyre.com’s Becky Liggero, Marcus Brennan of Betbright highlights the role of technology in innovating within saturated markets and talks about the future of betting platforms.

It’s often the tried and tested methods that drag us to a stump when we look for something new.

Having come from an industry that’s outside of the gambling world, Marcus Brennan’s expertise in scaling online platforms for different businesses brings in new knowledge that brings value to online gambling sector.

As a software developer, Marcus Brennan’s previous experiences with creating programs for a range of sectors from public utilities and airlines to e-Commerce provides him with insight into how to scale strategically. Having helped launch 10 e-Commerce companies to success, he says that the key to their success was with how they were “based on technology and innovation and being disruptive.”

With this insight, Marcus Brennan was able to identify a significant bottleneck in the gambling industry, saying, “there was dependence on third parties, technology providers and that stifled innovation, I thought I could repeat the same trick in this sector, build my own platform, innovate, and make a difference.”

Marcus Brennan said this reliance on third party tech providers was one of the major reasons why the gambling sector couldn’t move forward at a better pace. His company, Betbright, was founded based on these observations. During the last five years, they have focused on building their own platform that’s now ready to compete in the UK market, with their roadmap indicating increased visibility for the their products against more established competitors.

Having a passionate mindset when it comes to technological innovation and integration is a fresh perspective in the gambling industry, and Betbright is doing just that.

The CEO had these words of advice when asked by CalvinAyre.com on why having proprietary software instead of asking a third party provider to do it: “First thing you have to have is a vision, that’s where you want to get to. If you look at this sector, it’s very inward-looking and very copycat,” adding that he has always asked people to imagine what it would’ve been like if Silicon Valley ran the sector.

According to Betbright’s chief, this would mean that a shift in strategy should be seen with “Big Data or personalization or social media, you need to control your own technology roadmap. It can’t be somebody else’s agenda,” noting that if “you ask for a feature you might get it two years on the road. It’s like everybody’s selling pizza, and the difference is in price and packaging. You’ve got to move away from promotion.”

Betbright’s leader noted that the extremely competitive UK market has created a well-regulated space for the gambling industry to thrive, and the security that this provides for companies like them allows them to open up and scale their platforms to new and evolving markets.