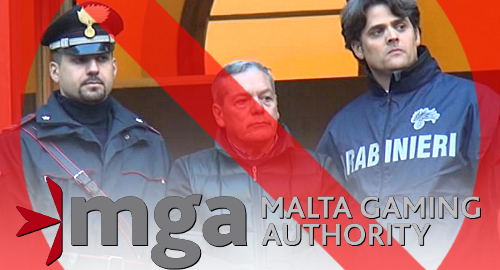 In December, the Times of Malta published an article detailing allegations that members of Palermo-based Mafia clans had developed “advanced plans” to shift their base of operations to Malta due to increased pressure by Italian anti-mafia police.

According to Palermo’s chief anti-Mafia prosecutor, the local clans believed Malta’s online gambling industry “would be a good financial vehicle for them and less risky than making their money from extortion.”

The Favorita track’s operations had reportedly been infiltrated by the Resuttana-San Lorenzo clan, who were now controlling the race results to ensure maximum returns from both legal and illegal wagering. The track has remained closed since the December raids.

On Wednesday, the MGA issued a statement slamming the “speculative and senseless” Times article, which the MGA concluded was “intended solely to harm Malta’s reputation as a gaming jurisdiction of excellence.” Malta’s gaming sector accounted for over 12% of national GDP in the first half of 2017.

The article quoted the Italian police saying the Mafia’s alleged relocation plans had yet to be acted upon. The MGA insisted that such a plan, if it ever existed, would have “likely failed” due to the MGA’s “rigorous due diligence procedures, criminal probity checks, investigations and intelligence gathering activities,” which would have “immediately red flagged any such attempts” to infiltrate the sector.