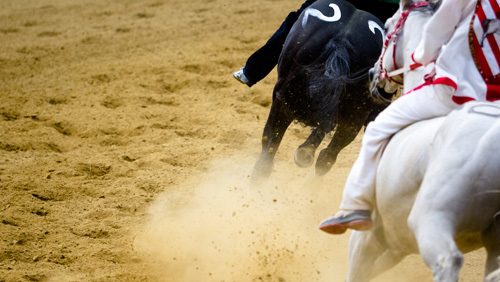 Japan Racing Association (JRA) is unveiling this week a new mechanism that will allow families of problem gamblers to block their kin from online horse betting.

The new system corresponds to the Japanese government’s appeal to operators of horse racing, cycle racing and pachinko to limit the access of problem gamblers, the Japan Times reported.

On Thursday, the horse racing group has announced that they will start accepting gambling prevention applications from families living with problem gamblers.

Aside from allowing families to bar their kin from gambling, JRA also implemented a system for problem gamblers who wanted to exclude themselves from the games.

There are at least 14 people who have asked to be barred from online betting, according to JRA.

Data from Japan’s Ministry of Health, Labor and Welfare showed at least 3.2 million Japanese citizens had trouble keeping their gambling in check, while around 0.8 percent or 700,000 adults confessed to being problem gamblers.

The numbers of problem gamblers, which were released in October, were lower compared to the previous years, according to the government agency. Japanese citizens who identify themselves as problem gamblers spend an average of ¥58,000 (US$515) per month playing pachinko, making it the most popular game in Japan.

The country, which passed a casino enabling legislation in 2016, is taking the issue of problem gambling very seriously. Early this month, Japan’s ruling coalition stamped a gambling addiction measure as a priority bill and unsuccessfully pressed legislators to approve it before their winter vacation. The gambling addiction legislation, aimed to prevent potential social harms that the new casinos might bring, is a necessary precursor for the enactment of the Integrated Resorts bill.