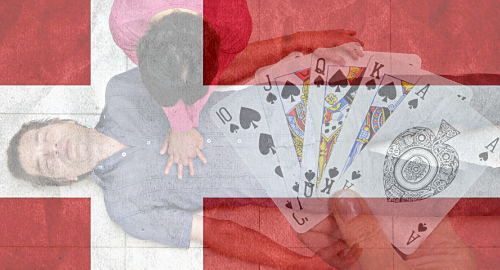 Denmark’s regulated gambling market achieved record revenue in the third quarter of 2017, as mobile channels accounted for over half of all sports wagers.

On Friday, the Spillemyndigheden regulatory agency released its official tally of the regulated gambling market’s performance in the three months ending September 30. Overall revenue from both online and land-based sources came to DKK 1.497b (US $237m), up 9.3% from the same period last year and up 2.4% from Q2 2017.

Overall sports betting revenue drove the numbers, rising 9% year-on-year to DKK 577m despite stakes falling 4.6% to their lowest level since Q4 2015. Land-based wagering accounted for only 33.4% of betting revenue, more than desktop online revenue (16.1%) but significantly less than mobile channels (50.5%).

Mobile platforms did even better on the betting turnover chart, accounting for 54% of all stakes. Desktop wagering claimed a 21.5% share, with the remaining 23.7% placed with land-based bookmaker.

However, in keeping with previous Danish market stats, land-based bookmakers accounted for nearly 52% of Q3’s betting transactions, as Danish land-based punters traditionally place much smaller wagers than their online counterparts. That said, mobile transaction volume has risen steadily through 2017, accounting for 27.6% of September’s transactions, eclipsing desktop betting at 20.5%.

Online poker revenue totaled a mere DKK 31.7m, down 6.4% year-on-year, marking the fourth straight quarter of sequential declines and a new record low for the vertical. Since 2014, Denmark’s regulated online poker market has fallen nearly one-third and the final 2017 revenue figure is on pace to fall more than 12% from 2016.