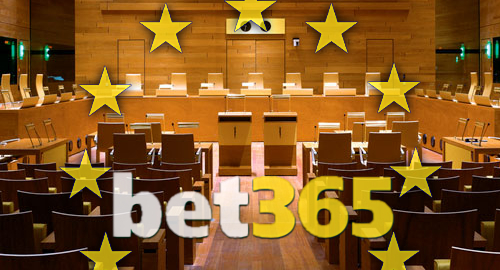 On Thursday, the EU General Court (EGC) issued a ruling on Bet365’s challenge of a previous ruling that declined to enshrine trademark protections on the Bet365 brand because the terms ‘bet’ and ‘365’ were deemed insufficient to acquire “distinctive character.”

In 2007, Bet365 applied to trademark its name in the EU, but an examiner rejected the application, claiming ‘bet’ was a generic term and ‘365’ merely applied to the number of days in a year. Bet365 challenged this ruling, saying its extremely popular brand had acquired sufficient association in the minds of EU punters to warrant trademark protection.

In 2008, the examiner conceded that Bet365 had a point. Then in 2013, an individual named Robert Hansen filed to have Bet365’s trademark declared invalid, based on Hansen’s desire to trademark his own ‘b365’ brand.

Bet365 successfully blocked Hansen’s efforts, but in 2016, the Fifth Board of Appeal at the EU Intellectual Property Office (EUIPO) upheld Hansen’s appeal, claiming that Bet365 had failed to demonstrate that its brand “had acquired distinctive character through use.” Bet365 appealed this decision to the EGC.

On Thursday, the EGC annulled the EUIPO ruling, saying the EUIPO had failed to substantiate its decision, and that Bet365’s plea for annulment was “well founded.”

While the EGC sided with Bet365 on the right to trademark its brand under the EUIPO’s Class 41 ‘provision of betting, gambling and gaming services’ section, the EGC dismissed Bet365’s applications for trademarks under six other Classes, including software, financial services, advertising and networking.