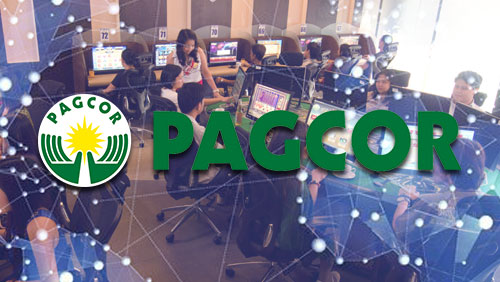 In a disclosure to the Philippine Stock Exchange, PhilWeb announced that PAGCOR will thoroughly inspect and test the electronic games before they will be distributed to the initial eGames cafes.

“We wish to inform the Exchange that PhilWeb received today a letter from [PAGCOR] allowing it to offer its services as an Electronic Gaming System Provider to the first 16 PAGCOR-licensed gaming sites for electronic games, subject to inspection and testing by PAGCOR,” read PhilWeb’s letter, signed by Corporate Information Officer Raymund Aquino.

With PAGCOR’s greenlight, PhilWeb is hoping to make a turnaround in 2018 after wading through a tumultuous year as a result of President Rodrigo Duterte’s war against online gambling.

To mark the company’s comeback, PhilWeb Corp. unveiled a new logo in September.

In other PAGCOR news, the state regulator has frowned at the Philippine Congress’ plan to take away its power to issue licenses to gaming operators.

The Philippine Daily Inquirer reported that PAGCOR told members of the House of Representatives that the Philippine constitution doesn’t require gaming operators to secure a franchise from legislators.

PAGCOR’s position has irked House Deputy Majority Leader Juan Pablo Bondoc, one of the sponsors of House Bill No. 6514. He reminded PAGCOR that the agency existed because of a legislative franchise, adding that the Congress is merely taking back the power it delegated to the state regulator.

“Your position paper is wrong. In fact, you exist because we granted you this franchise! Now, you say Congress cannot grant a franchise for gaming? That is absurd, my dear attorney,” the lawmaker told PAGCOR’s senior legal counsel, Arnold Salvosa. “Instead of delegating it to PAGCOR, those franchises should pass through Congress. Our power, we should take back.”