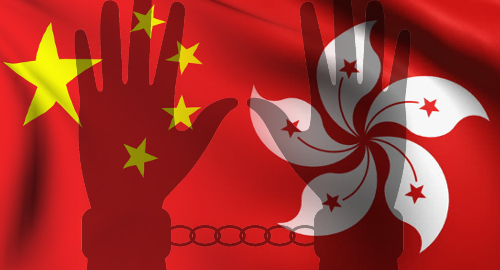 Police in the Chinese province of Guangdong reportedly received a tip in April regarding websites that allowed mainland punters to place bets on international football matches, as well as horseracing put on by the Hong Kong Jockey Club (HKJC).

On Sunday, hundreds of police carried out simultaneous raids on dozens of locations in both jurisdictions, leading to the arrests of 48 individuals in Guangdong and a further 23 suspects in Hong Kong.

Guangdong police claim to have frozen RMB 21m (US $3.2m) worth of online wagers, while Hong Kong police froze wagers worth around HKD 100m ($12.8m). Police in both jurisdictions also confiscated significant amounts of cash, in addition to computers, phones, betting slips and other tools of the illegal trade.

This spring, China announced that it was stepping up its campaign to identify, arrest and severely punish illegal gambling operators. China’s Ministry of Public Security has demonstrated its eagerness to cooperate with its counterparts in other Asia-Pacific countries to combat cross-border online gambling operations.

Similar cross-border crackdowns are expected to ramp up dramatically in the coming months as China braces for the quadrennial betting bonanza that is the FIFA World Cup. This year’s betting volumes are expected to be significantly greater than recent World Cups, given that the 2018 event is taking place just over the border in Russia, meaning the games will take place during prime viewing hours for Chinese punters.