Home / Sports / Preparing for glory at the 2018 World Cup 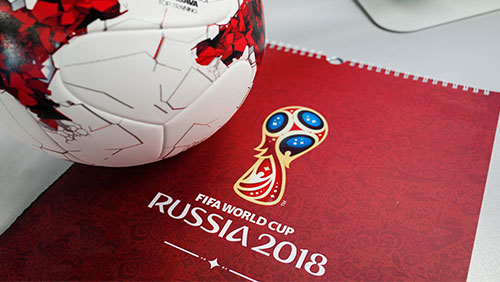 This is a guest contribution by Martin de Knijff of Metric Gaming. If you would like to submit a contribution please contact Bill Beatty for submission details. Thank you.

This Friday the Fifa World Cup draw takes place in Moscow ahead of the greatest sporting show on Earth.

For football fans who love the quadrennial fiesta, six months of waiting until the tournament’s opening games in June might seem like a lifetime. Although many of us may be able to conjure up memories of Diego Maradona swooning past England’s defence and great Brazilian teams, the betting industry perhaps has a less romanticised view of the tournament. With the 64 games offering an opportunity for record turnover and double-digit jumps in revenue in the second and third quarters, all of a sudden six months does not seem long enough.

Just as the coaches leading their teams in Russia will have very clear plans for the final stages of their build up and then the tournament itself, betting companies that want to maximise their performance in June and July should also be on top of their preparations.

Six months should be plenty of time to make sure that technology, offering and marketing are in great shape. With competition set to be off the scale, operators cannot afford to be left behind. If an app is too slow or markets too restrictive, bettors will simply go elsewhere. A lack of preparation will guarantee a first-round exit rather than glory.

To gain supremacy from a technological point of view, I would suggest that operators’ focus should be on streamlining mobile registration and payment processing to the point that it is seamless for new users to get in the game. Fingerprint access, or Touch ID, as opposed to onerous usernames and passwords, would be my choice to gain an advantage.

In terms of offering, I think the World Cup is an excellent opportunity for true fantasy markets, and hybrid sports betting markets of fantasy-esque nature. Fantasy is a grassroots product, and has the potential to resonate with the much wider demographics attracted to wager on the World Cup. Remember, there will be millions watching games free-to-air from their TV screens.

While I won’t be offering tips on team tactics, nutrition or rest days, here is my advice as to what operators should be focusing on in the coming six months:

Make sure you are developing a solid, well thought out social media marketing plan, and have the firepower in place to support high levels of engagement.

Advertising, both direct and indirect, must be carefully pinpointed, with a focus on quality rather than quantity. It’s also better to have less visibility than the wrong visibility, as scattergun advertising could inadvertently lead to your brand being associated with ‘hate’ sites. JP Morgan and Chase cut their ads from 400,000 websites to 5,000 for this very reason. I think, in general, operators have cared too little about their brands and what they stand for. The World Cup is a great opportunity, but also a significant risk in this regard.

I think operators in all prudence need to complement their sportsbook with a fantasy offering. Imagination is the only limitation to what can be done in crossover marketing, with one example being the packaging of traditional player markets in a quasi-fantasy way. Companies like ScoutGamingGroup (FanTeam) offer interesting angles on this subject.

Make sure to have a comprehensive selection of instant gratification markets available. Users’ attention spans are shortening by the minute and if you don’t offer 1min-3min-5min markets you are leaving money on the table. Metric Gaming has a wide variety of such markets with both binary and multi-selection options. For the World Cup, that breadth and depth will expand even further.