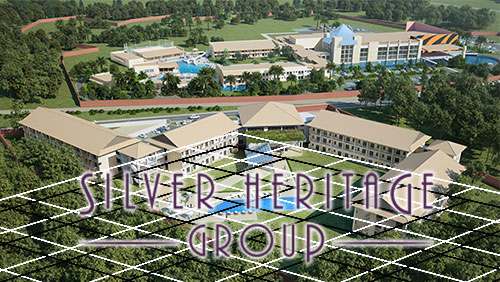 Australia-listed casino operator and developer Silver Heritage Group Ltd. is a step closer towards its goal of operating a casino in its new Nepal property.

On Wednesday, Nepal’s Ministry of Culture, Tourism, and Civil Aviation (MOCTCA) awarded a five-star rating to the hotel at Tiger Palace Resort Bhairahawa, Silver Heritage said in a filing. The five-star award, according to the company, will pave the way for the regulatory approval that Silver Heritage needs to finally open the casino at the Tiger Palace.

SHMK is able to operate casinos in different five-star hotels across the country under Nepal’s Casino Rules 2070. Currently, the casino management company operates The Millionaire’s Club and Casino at the Shangri-La Hotel in Kathmandu and the Phoenix International Club near Hanoi, Vietnam.

“Tiger Palace… will be ready to commence gaming operations at the resort’s casino following the processing of the application, at which time the company will make a further announcement,” said Silver Heritage.

Silver Heritage initially planned to have the casino at Tiger Palace opened by Nov. 30.

The 100-room property, which opened to the public in September, features two villas, gym, spa, swimming pool, restaurants as well as meeting and banquet facilities. Silver Heritage plans to offer additional 400 guest rooms in the second phase of the project, in addition to the opening of its 2,471 square meter casino floor.

The Tiger Palace is located 15 minutes away from the Bhairahawa Airport and 18 minutes away from the country’s border with the Indian state of Uttar Pradesh. Described as the first integrated casino resort in South Asia, the property targets “the burgeoning middle class in India,” particularly the more than 400 million people living in Uttar Pradesh, Bihar and West Bengal.

The demand loan facility extension will give the company “increased flexibility in managing its financial affairs during the opening of Tiger Palace and over the first few months of its operations,” according to Silver Heritage.