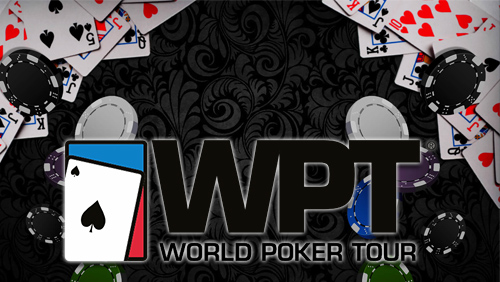 A round-up of the action at the World Poker Tour’s visit to Sanya and Montreal including victories for Qian Zhi Qiang, Maxime Heroux and Jonathan Duhamel.

It was a dominating performance by Qiang who came to the final table as the chip leader, picking off six opponents like a falcon plucks fat pigeons from a telegraph wire morning conference.

The pot of gold at the end of this particular rainbow was $1.4m courtesy of 888 entrants. The strong turnout shows that as long as the poker operators dodge the many regulatory minefields there is wealth to be made in this interesting part of the world.

The Sanya event fell under the ever-expanding WPTDeepStacks brand, so Qiang doesn’t join the rest of the princes and princesses in the WPT Champions Club. That doesn’t mean he wasn’t well compensated for his efforts. Qiang banked CNY 1,600,000 ($242,555), his most successful campaign of his career.

Last year, Qian finished runner-up to Lin Zhi in the 2016 China Poker Games (CPG) Championships in Sanya, securing a $162,000 prize. Other ITM finishes have come in Macau including a victory in last year’s PokerStars Asian Championship of Poker (ACOP) side event for $40,576. Qiang has earned close to $500,000 in live tournament dollars.

Qiang entered the heads-up squabble with Hu Ling Fei with a 3:1 chip lead. Over the next hour, Qiang used that chip stack to hammer Fei over the head like a rubber mallet. By the time the pair got it in for the final hand, Fei was ahead with his two fornicating fours leading the K2 of Qiang on a T52 board, but a king on the turn and a second deuce on the river saw Qiang come from behind to steal the winner’s photo.

Fei, who came into the final table with the shortest stack of the final nine, left with $166,700, so I can’t imagine he complained to his dog by the time he got home.

The tour organisers were brave enough to slap a sticker on the side of this one that read ‘C$2m Guaranteed,’ and 606 entrants made sure ‘pride’ ruled the day, and not it’s nemesis ‘shame.’

The sprint towards the finishing line was an interesting one with the likes of Manig Loeser (23rd), Alex Keating (16th), and Justin Liberto (10th) hitting the rail very late in the day.

Heroux began the final table second in chips. Only the restaurateur, Pat Quinn had more, but then again he’s used to making chips, right? Heroux has a modest Hendon Mob profile with seven amounts of cash, the largest being $15,699 for finishing 2/1198 in last year’s WPT event at the Playground of Canadian poker, so this was a new experience for him.

Quinn apart, two men, in particular, had the tools to cleave Heroux in two. The WPT Champions Club member, Eric Afriat, took a seat, nine months after finishing third in the same event. And the reigning Global Poker Index (GPI) Player of the Year (POY), David Peters, was also in the mix searching for his first WPT title. But, alas, none of them made it, finishing fifth and sixth respectively.

Heroux entered the heads-up phase against Quinn with a 97 bb v 24 bb advantage and Quinn never threatened a comeback, sticking it all in hoping for an open-ended straight draw to connect, and Heroux called with bottom pair and a gutshot straight flush draw.

Heroux joined the club and will feature in the season-ending WPT Tournament of Champions (TOC) in Las Vegas.

Jonathan Duhamel Picks up Another Trophy


Only 15 people in the world have won more money playing live tournaments than Jonathan Duhamel. He’s bloody good at it. Like, Roger Federer good at it.

The former World Champion’s latest victory came at the WPT Season XVI festivities at the Playground Poker Club. Duhamel defeated 29 entrants to capture the first prize of $102,505 in the C$10,300 8-Handed High Roller.

Here are the ITM results:

The next time the WPT turns up in North America, it will be in the Bellagio, Las Vegas for the WPT Five Diamond World Poker Classic.