Miss Universe 2017: Punters think Miss Thailand is the fairest of them all

It’s that time of the year again when the most beautiful girls on the planet – the universe, rather – will compete for the coveted Miss Universe crown. The pageant, now on its 66th year, is considered by many to be the world cup of beauty pageants. 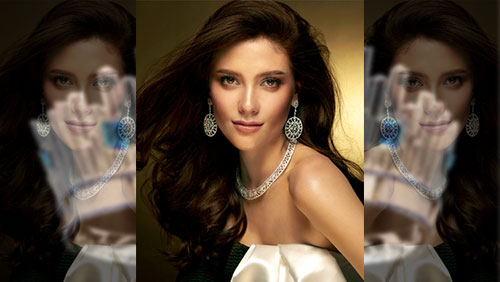 Ninety-two confidently beautiful women from across the globe will descend upon The Axis Theater at Planet Hollywood in Las Vegas on November 26 to prove why they are worthy to wear the $300,000 Ms. Universe crown created by Czech company Diamonds International Corporation.

After the preliminary events this weekend, punters already have their clear favorites on who will succeed outgoing Ms. Universe Iris Mittenaere.

Odds courtesy of Bodog show that Miss Thailand Maria Poonlertlarp is clearly the fan favorite at 4/1. For years, voters have been rooting for Thailand to win the pageant. The last time that Thailand won the crown was in 1988 courtesy of Porntip Nakhirunkanok.

Poonlertlarp will surely have some big shoes to fill once she struts her way in Las Vegas. Despite the country’s popularity among pageant lookers, Thailand traditionally fumble during the main event. Then came Chalita Suansane, who ended up in the Top 6 of the recent Miss Universe.

Trailing closely behind Miss Thailand is Miss South Africa Demi-Leigh Nel-Peters at 4/1. Nel-Peters is sure making a lot of noise in this year’s competition being the so-called Miss Universe’s “bad girl.”

Her win in South Africa was marred by controversy after fellow contestants claimed that Nel-Peters had a “special relationship” with two pageant judges. She was also accused of being a racist after she was caught wearing gloves while feeding kids in her country.

Brushing aside the scandal, Nel-Peters possesses all the things that Miss Universe is looking for: beauty, body, personality and an interesting story. She was reportedly once a hijack victim who was held at gunpoint. So if there’s someone who could snatch the crown from Poonlertlarp, it is no other than Nel-Peters.

Many punters are also rooting for Miss Colombia Laura González (5/1), Miss Philippines Rachel Peters (10/1), and Miss Venezuela Keysi Sayago (10/1). Who will not root for these countries? For years, these three countries are considered to be among the powerhouses of beauty pageants.

Venezuela has the most crowns with seven Ms. Universe wins under its belt, and has won back-to-back titles in 2008 and 2009 with Dayana Mendoza crowning fellow Venezuelan Stefania Fernandez.

The Philippines, which had produced pageant finalists and semi-finalists in recent years, already has three Miss Universe crowns, with Pia Wurtzbach ending its title drought in 2015. Colombia, on the other hand, had two Miss Universe titles.