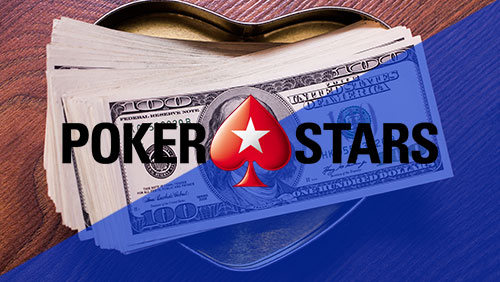 Our planet is changing. We’ve changed it. Like a cornucopia of slugs let loose on a lettuce field we have overindulged ourselves in our worlds natural resources. Climate change is not a Dark Army hoax. It’s in the air we breathe, the land we farm, and the seas we overfish.

Earlier today, in Iraq an earthquake flattened homes in the town of Darbandikhan killing at least ten people and injuring hundreds. But it’s not unusual anymore. It’s becoming the norm. The world can’t get through a month without an earthquake, hurricane, or tsunami appearing on the front page of the morning papers.

So we need to be ready when disaster strikes, and PokerStars is.

In the immediate aftermath of Hurricane Irma, The Stars Group’s charitable arm, Helping Hands, joined forces with their long-term partner CARE International to raise funds for those afflicted by the savagery of Mother Nature.

Using PokerStars as the portal, players and employees used the online poker room software to donate $37,500 in cash and StarsCoins. Helping Hands matched the amount dollar for dollar. Also, PokerStars teamed up with the Seminole Hard Rock Hotel & Casino to host a charity poker tournament where they raised and matched a further $33,000.

All told, Helping Hands and CARE International raised $140,000 for the relief effort including a vested interest in Miami with the Feeding South Florida charity.

The Stars Group and CARE International have raised more than $1.1m between them since joining forces in 2014.

In a storm of a different kind, actor and poker player, James Woods, is likely to bring some hail down on Daniel Negreanu should the pair share table space in the very near future.

After the Daily Mail published pictures of actress Elizabeth Perkins holding aloft a placard emblazoned with the words “James Woods #MeToo” during a recent march to support victims of sexual harassment and assault in Hollywood, a can of worms was well and truly opened.

The story also picked up on a September Tweet from actress Amber Tamblyn that said, “James Woods tried to pick me and my friend up at a restaurant once. He wanted to take us to Vegas. “I’m 16,” I said. “Even better,” he said.

The story outraged Daniel Negreanu who decided to let the Hollywood actor know his feelings on the subject.

He appears to have a lot in common with Roy Moore. What is wrong with these people? Disgusting. Do I believe these women? 1000% yes.

The response was brutal.

Say it like a man to my face, you cowardly piece of shit. Say it as a statement of fact, so If you have any money left, you might actually be worth suing, unlike these other losers with no money and big mouths. And how old was Evelyn Ng when you were her “mentor,” you hypocrite? https://t.co/5YUYPIY8XE

In response to the Ng allegations, the PokerStars Team Pro reminded Woods that Evelyn Ng is 42 and Negreanu is 43, before proceeding to nudge him towards a timely reminder that Woods once dated 19-year-old Ashley Madison when he was 59, and when he was 66, began dating 20-year-old Kristen Baugess.

It seems Woods’ veiled threat of libel action hasn’t slowed down Kid Poker who posted a poll asking his followers if they would trust Woods with their 16-year-old daughter. Over 5,000 people have voted, 75% of which have said No.

The #MeToo campaign, in the wake of the Harvey Weinstein sexual harassment scandal, has reached millions of people via Social Media, with a broad stretch of Hollywood actors caught up in the crossfire including most recently, House of Cards star, Kevin Spacey.