KONAMI Digital Entertainment and eFootball.Pro has named the Barcelona and Spanish star, Gerard Pique, as the founder and President of a future international eleague based on the classic Pro Evolution Soccer.

I was never a FIFA fan.

It was always Pro Evolution Soccer (PES) for me. As a football fan my entire life it was obvious that the gameplay in PES was more realistic than FIFA. It was difficult to score. The pace was slower. The passes more deliberate, and the tackles more bone crunching.

But FIFA became the more popular title. I’m sure, back in the day, their dominance was primarily due to their licensing agreements with the world’s top leagues, including the English Premier League (EPL). But there was something cathartic about buying the latest edition and spending the next fortnight updating the player names, kits, stadium, et al.

And it was the game that we all played on Games Day. 20 grown men all gathered around a flat-screen TV, joystick in one hand, a pint of Strongbow in the other, £200 in the kitty and a winner takes all PES World Cup on the go.

Back then, had you told me that one-day esports would become more popular than physical sports I would have bet my updated copy of PES that video football would have been the most popular game of them all.

The Millennials and Generation Z preferring to sit in stadia amongst thousands of screaming fans while Orcs, Mages, and Wizards battle it out on giant screens the likes of which used to showcase a Pink Floyd concert.

While games like League of Legends (LOL), Dota2 and Overwatch act as professional electronic gaming pioneers, I still believe real video sports will have their day of dominance, and with football the most popular sport in the world, why shouldn’t it also be the most popular esport?

And PES is throwing its hat into the ring.

Details are as sparse as luxury yachts moored to garages in Coventry, but what we do know is PES creators KONAMI Digital Entertainment is teaming up with eFootball.Pro to create an international eleague with PES the game of choice.

It’s a direct challenger to the FIFA franchise that handed out a record $200,000 first prize to the UK’s Spencer Ealing after winning the 2017 FIFA Interactive World Cup in London.

And you can’t fault the backing.

Barcelona star, Gerard Pique, is the founder and president of the new venture. 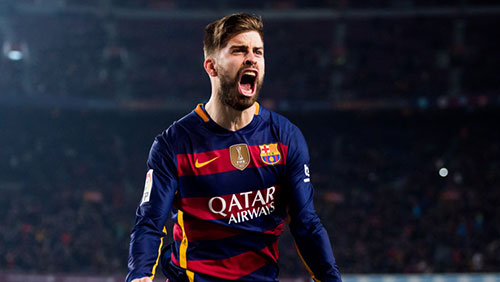 “The goal is to drive all that makes traditional football the king of sports, towards electronic football, towards eSports,” stated Gerard Piqué, eFootball.Pro President and founder FC Barcelona player. “We want to bind the best of both worlds to bring the public a new entertainment model that they love since the first day.”

Pique is a regular at the PokerStars Championship in Barcelona, finishing fifth in the €25,000 High Roller earlier this year, so we know he likes a flutter. Let’s hope his ambition stretches to partnerships with gambling firms because I can’t think of a better esports to have a wager on than football.

“KONAMI has always been committed to delivering quality entertainment experiences to its customers, and eSports is an opportune market for reaching a growing audience,” said Hideki Hayakawa, Representative Director, President of Konami Digital Entertainment Co., Ltd. “eFootball.Pro’s unique position in eSports, combined with its strong football leadership, will allow us to deliver a fresh way for customers to enjoy our products. We are thrilled to collaborate with eFootball.Pro .”

how difficult it is to monetise what is becoming one of the most popular forms of sport in the world.

3.2 billion people watched the 2014 World Cup in Brazil. In a 2013 article that appeared on the BBC Sports pages, the writer estimated that the entire global betting industry (illegal and legal) was worth anywhere between $700 billion and one trillion pounds, with football owning 70% of that action.

Someone just needs to put these pieces of the puzzle together and who knows, perhaps it’s Pique and the team at PES?