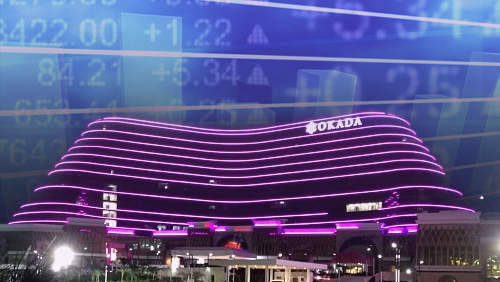 Okada Manila, one of the four integrated resorts in the Philippines’ Entertainment City, chalked up JPY8.89 billion (US$78 million) quarterly net sales as the facility nears completion of its VIP casino, its parent company Universal Entertainment reported.

In a disclosure to the Tokyo Stock Exchange, Universal expressed optimism that Okada Manila’s net sales will grow further after they hold the grand opening of the Philippine integrated resort in the first quarter of 2018.

The resort opened its doors to the public in December 2016, but excluded the hotel accommodation at that time.

Despite not running at full capacity, Universal said that Okada Manila’s casino “has been generating steady growth in revenue” thanks to the high-rollers that are trickling into the facility.

International brokerage Morgan Stanley said in its September note that the Suncity Group junket operator will start ferrying VIP gamblers to Okada Manila by the last quarter of this year.

Like Entertainment City‘s other integrated resorts, Okada Manila is also basking under the thawing relationship between China and the Philippines.

“Construction of the fine dining section and shopping mall is also developing and more tenants are starting operations,” the company stated. “The improvement in monthly profitability is continuing in the Casino Resort Business as the rising utilization rate of facilities makes it possible to cover an increasing amount of fixed expenses.”

The dome, according to Universal, will be a key symbol of the integrated resort along with The Fountain, which was opened to the public last March.

“Universal Entertainment believes this property can attract large numbers of people from the Philippines and other countries and product substantial earnings. Everyone involved with this project has a strong commitment to ensuring that guests have the best possible experience,” the company stated.