Copycat poker: Why poker players are slowing down

After Patrick Antonius shares his lack of love of the modern game with PokerNews, Lee Davy, digs out the Solomon Asch experiments to figure out why players are acting so slow.

A man dressed like Willy Wonka is abusing a Starbucks Barista. Interest in the incident sucks the background noise out of the room; all we can hear is Willy Wonka shouting and screaming, incoherently about something or other.

In the first few minutes, the young Barista faces Wonka alone. She is standing her ground, but it must be an uncomfortable experience for her. 20 customers are staring, including me, and all of us act like we have accidentally stepped into a bullring and have just noticed we are wearing a Manchester United shirt.

Finally, after five minutes of ranting a man stands up to support the Barista and ushers Wonka out of the door. The police show up, and as they pull up to the kerb, more men get to their feet, walk outside and begin berating the man who had overstepped the boundaries of respect.

And as I stare at the clown-like socks pulled up to this man’s knees. I think about Patrick Antonius.

Patrick Has no Love For The Modern Game. 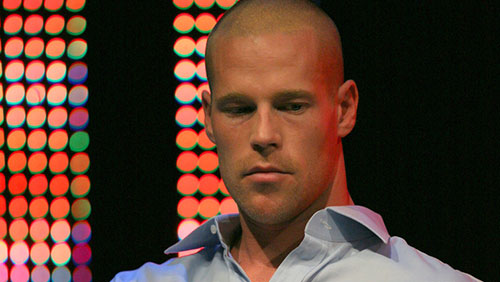 There was a time when spotting Patrick Antonius at a poker table was like watching a Jay trying to take peanuts from your garden feeder. In the past year, he hasn’t exactly become Tit-like, but it’s obvious his beautifully carved face is set to become photographed more often, and that’s a good thing.

But we may have a problem.

During my interview with him at 888Live Barcelona, and his chat with PokerNews at the World Series of Poker Europe (WSOPE), the Finnish star, expressed his dismay with modern poker, particularly with the stalling that’s becoming more prevalent in the game.

“I’m personally not a fan of the way poker has evolved,” Antonius told PokerNews before continuing,“how people slow the game down and it’s a bit less gambling and less fun nowadays. People take it a little too serious in my opinion.”

What intrigued me about the Antonius interview was his view on when the action in the €111,111 One Drop High Roller became problematic.

“Everybody was playing with a very good rhythm,” said Antonius. “Nobody was really taking a lot of time unless there was a big decision.”

Then after the dinner break:

“Suddenly every hand was five, seven minutes … A couple players started to play slow and everybody started to copy.”

Everybody started to copy.

In the 1950s, social psychologist Solomon Asch, developed a series of experiments known as the Asch Conformity Experiments, concluding that people tended to copy other people’s behaviours even if they knew to do so would be incongruent with their beliefs and opinions.

Asch showed study participants two cards. The first contained a single vertical line. The second included three vertical lines, one of which was the same length as the line on the first card.

The group had to answer one question:

Each group consisted of eight male participants, seven of whom were conspiring with Asch, and an eighth had no idea what was going on.

During the first two trials, everyone in the group gave the correct answer. On the third test, Asch told his conspirators to provide the same wrong answer.

Why Do People Do What Other People Do?

After the Asch experiments, those running the tests sat down with the participants to determine why they gave the wrong answer, and I am sure there is a correlation to what’s going on in live poker these days.

You can be the best technical poker player in the world and still suffer from a lack of confidence in other areas of your life. Take socialising as an example. Poker attracts people of all shapes and sizes, and this includes a group of highly articulate, intelligent, rational people who struggle with social interactions.

I became acutely aware of this stratum of players while at the Effective Altruism (EA) Global Summit in San Francisco, where it was evident that the EAs struggled to connect emotionally with an audience, but excelled intellectually.

I draw your attention to the EA group because a lot of successful poker players have similar personality traits with rationality and logic higher on the value hierarchy than emotional intelligence.

Maybe, subconsciously, poker players are unknowingly copying the pace and style of other poker players in the same way that the unwitting participants in the Asch experiments did, and one of the reasons is a lack of confidence. 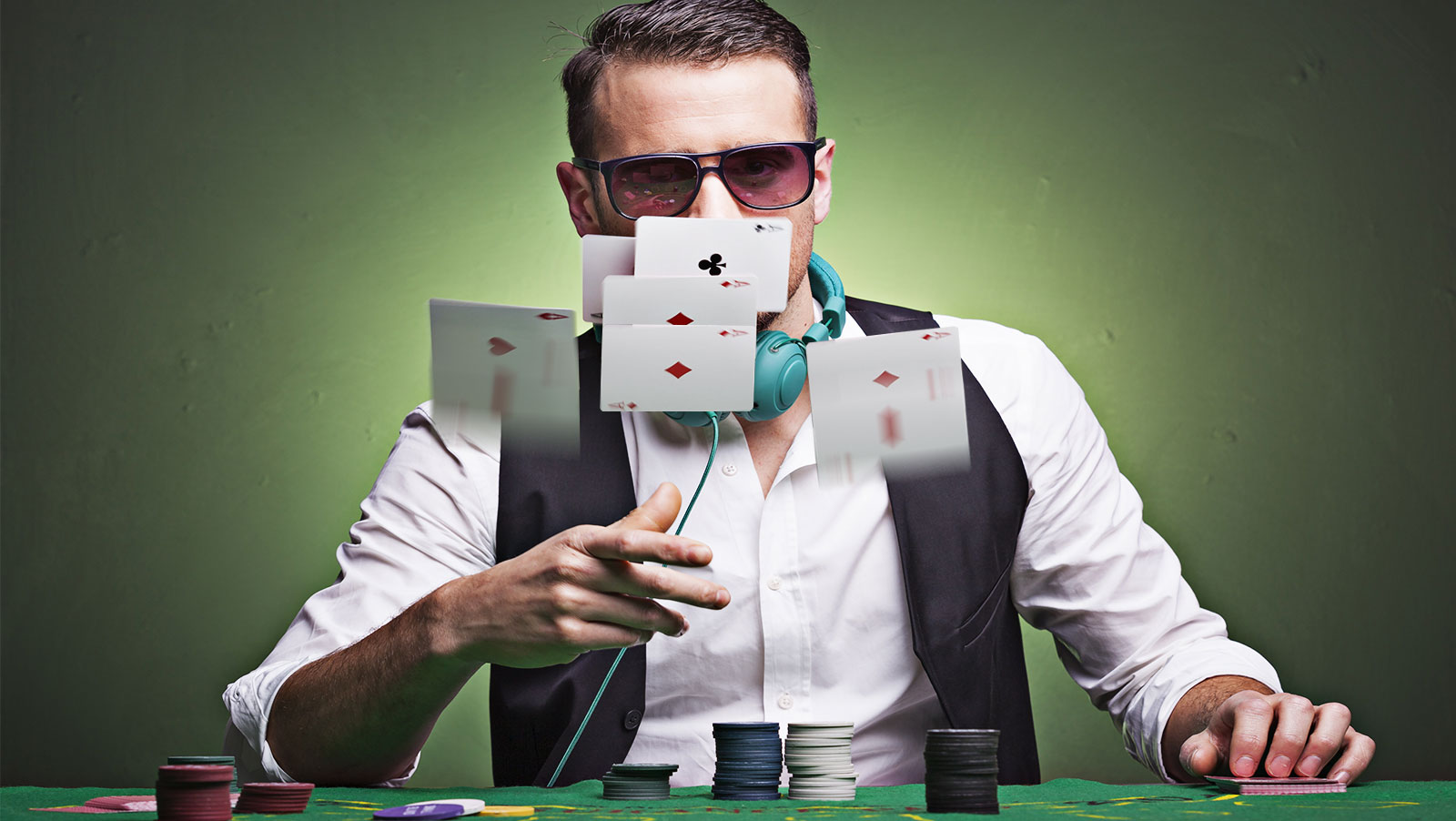 Poker is a game where anyone can win.

Luck plays a central role in the game.

Could this possibly lead to a feeling of Imposter Syndrome whereby poker players with feelings of self-doubt are not sure if they are at the top of their game or just getting lucky?

I’ve heard the best in the business say they questioned their game when going through a downturn in fortunes. Is it possible that this self-doubt creeps into one’s game subconsciously by mimicking the behaviour of peers, especially in how they conduct themselves at the table, including pace and posture?

The Desire to be Normative

Deep down I believe everyone wants to be ‘normal,’ an issue that stretches as far back as childhood. Instead of realising that every one of us is as screwed up as the next one, we go searching for this paradise of normality.

But the search for this feeling is genuine.

If you sit at a poker table suffering from self-doubt, how easy is it to conform to the behaviours of the majority at your table?

If the majority of players are taking their time to make a decision, doesn’t it seem obvious that the net result could be mimicry by those who feel uncomfortable playing the role of the outlier?

Sam Trickett is one of the fastest decision makers I have seen at the table.

He’s the minority, and his behaviour is misleading. It shows amateurs that he doesn’t have to think through his decisions, although unbeknown to the crowd he has played so many hands of poker, most of his choices are automated.

One day I decided to become Martin Jacobson at the poker table. The former World Champion exudes strength and power in his posture and stare. And speaking to the Swede, he made this change deliberately to unsettle weaker opponents.

I thought it was cool as fuck.

But when I went into my Jacobson role I noticed I began to slow my game down as I went through my postural theatrics. It wasn’t a bad thing for me though, and this is why…

I need a lot of time to make decisions because I don’t play often, and am not good enough to understand what a correct decision looks like in a lot of situations.

I wonder how many people are the same?

When questioned about the pace of play, how likely is a player to admit that they need the time because they need the time? You hardly ever hear anybody admitting they are not good enough to make quick decisions. You usually hear a justification.

“When playing for millions of dollars why should we have to make a quick decision.”

“I like to take my time over the important decisions.”

Am I the only one facing a shove on the river for my tournament life, tanking, and all that’s going on in my mind is this little man flipping one of those biros upside down and when the ink sinks I can see the stockings and suspenders of a female painted on the inside?

We all know what the answer is, but thus far only 888Poker has been brave enough to manage the situation.

The pace of decision making in online games is frighteningly quick, and you never hear anyone complaining about the lack of time needed to make a decision when playing in these games.

888Live introduced the Action Clock in all Main Events and High Rollers in their recent event in Stratford and have plans for this to be the norm. PokerStars and the World Poker Tour (WPT) have also made inroads with Action Clocks, but nobody has gone the whole hog except 888Poker.

In a recent poll on Kevin Mathers Twitter account, 60% of 1,378 voters believe tournament organisers should incorporate the Action Clock in every single tournament.

I doubt Antonius had a vote, but I know what his answer would have been.

“I think definitely the shot clock is going to be something that is going to be needed in the future because it’s really painful nowadays to play a tournament,” Antonius told PokerNews.

And when the Action Clock becomes a part of the furniture, everyone will play follow the leader and in years to come it will seem ludicrous that we ever had this discussion.

Oh dear, Willy Wonka is back.

I can feel the tension.

I had better wrap up because I’m not staying in my seat this time.