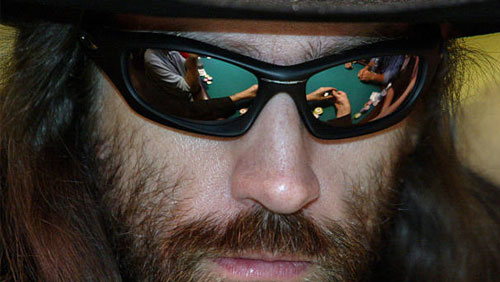 Another round-up from the World Series of Poker Europe in Rozvadov as a recreational player from France ignores his friend’s advice and wins a bracelet, and Chris Ferguson increases his Player of the Year lead over the chasing group.

When my mates Terry “The Run” Welsh and Gary “The Sleeper” Acreman told me they were making the trek to Dusk till Dawn (DTD) to play in a £1k 6-Handed event, I said they had more chance of finding an orange on a lemon tree.

“Poker is poker,” said Welshy as I tried to explain that he would be competing against some of the best poker players in Britain.

They both made money.

And I guess that’s the beauty of poker. You know that once you put your car keys in the middle, there is a chance you will score a vision, and it’s just happened again, this time at the World Series of Poker Europe (WSOPE) in the sleepy village of Rozvadov.

Theodore McQuilkin, who sounds more like a hybrid chipmunk/Hollywood child protege than a poker player, came to Rozvadov for the weekend hoping to have a bit of fun.

It’s not as if he was short of action when he arrived at the King’s Casino, so when his friend suggested giving the 6-Handed bracelet event a miss, he would have been wise to listen.

The man from Strasbourg didn’t listen.

And because he didn’t listen, Theodore McQuilkin owns a World Series of Poker (WSOP) bracelet.

McQuilkin, a real estate expert and part-time poker player, topped a field of 240 players to win the €88,043 first prize and the bracelet, after beating the Czech Republic’s Jan Bednar in heads-up action.

It was the Strasbourg resident’s fourth career cash, but he is in good form finishing runner-up to Dominik Gasser in a recent Barriere Poker Tour event in Blotzheim for $22,921.

What next for the latest bracelet winner?

WSOP Player of the Year Update & a PLO Final Table

Only one bracelet to tell you about, but we do have a final table set and ready to rock and roll.

Here is that final table:

Onto the race for the WSOP Player of the Year and it’s looking more and more likely that Chris Ferguson will be our hero. Jesus has cashed in four of the first six events, including 26th in the 6-Handed game, and 29th in the PLO. Ryan Hughes cashed in 32nd place in the Six-Handed action. Mike Leah (20th) and John Racener (19th) grabbed some points in the PLO.

Here is the leaderboard after four completed events: