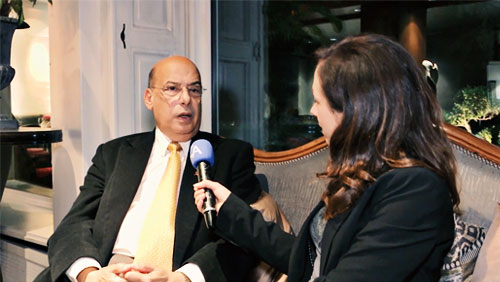 In this interview with CalvinAyre.com, Antiguan Ambassador to the U.S. Ronald Sanders talks about the repercussions of U.S.’ continued disregard of the World Trade Organization ruling on Antigua’s case.

It’s been more than 10 years since the World Trade Organization (WTO) ruled with finality that the U.S. gambling restrictions are illegal and yet, Antigua has yet to get a dime from the world’s biggest economy.

Antigua, which took the U.S. to the WTO and won, has tried everything in order to collect up to $21 million annually retroactive to 2006 as compensation to the damage that the unfair U.S restrictions did to Antigua’s $3.4 billion online gambling sector.

Ronald Sanders, Antiguan Ambassador to the U.S., said the island nation in the Caribbean made a counter offer to the United States in order for both countries to move forward from the economic narrative but the latter never responded to them.

The U.S., however, tried to short-change Antigua by offering to pay a compensation that was lower than the WTO award.

“We did not implement the arbitral award given to us because the United States asked for consultations and we entered into those consultations. It took the United States from 2007 until 2013 – six years – to make an offer. The offer was for various things that didn’t add up to a million dollars,” Sanders told CalvinAyre.com. “At the time they made the offer of a million dollars, we were already owed $200 million. We would be insane to accept the offer that bore no relation with whatsoever to the award we’ve been given and the compensation, and the damage it had done to the economy.”

Since then, Sanders claimed that the US continued to disregard the WTO ruling that struck down the U.S. federal and state laws barring Internet gambling in 2003.

The ambassador pointed out that America’s blatant disregard of the WTO has dire consequences, not only to the institution but to the world as well. First of all, U.S. will be the one to lose face in the world for not respecting international law.

Sanders also noted that the U.S. disregard for WTO ruling clearly undermines the international body’s power as an economic arbiter. He said the United States will now stand as the only country in the world that is non-compliant with WTO rules.

The U.S. action, according to Sanders, will also become a precedent for other developed countries to ignore international rules – to the detriment of the smaller nations.

“If the United States could ignore the rules, then so could we. What happens after a while is the system doesn’t work anymore,” he explained. “And what does that mean? That entire system breaks down. With it, world trade breaks down and the international system breaks down. That’s the danger of what’s happening now.”

If Antigua and Barbuda gets its way, Sanders said it plans to collect more than $200 million from the United States by directing payments from royalty-free downloads of American intellectual property, such as music and film, to the government.

He clarified that Antigua doesn’t want to retaliate against U.S. intellectual property rights holders but the U.S. government’s indifference to Antigua’s plight leaves it with no other option.

“That’s not the route that Antigua and Barbuda wishes to take because that’s involving people who made a contribution to the world in terms of entertainment, knowledge, science and all of that. We don’t regard that as fair to them,” Sanders explained. “Our quarrel is not with these people. Our quarrel is with the United State Trade Representative’s office… At some point, we may have to go that route. But when we do go that route, it must be clear that this is not our doing.”