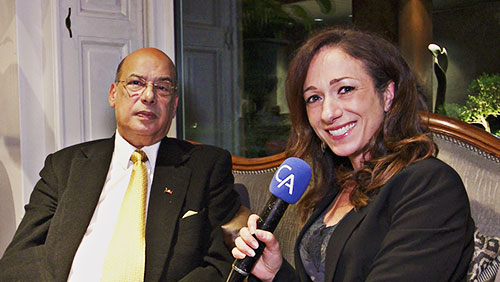 In this interview with CalvinAyre.com’s Becky Liggero, Antiguan Ambassador to the United States Ronald Sanders gives an update on the rebuilding efforts in Barbuda more than a month after category 5 Hurricane Irma pummeled the island nation.

The island of Barbuda is slowly picking up the pieces more than a month after Hurricane Irma pummelled its way through the island nation.

Residents, which have been evacuated to the larger sister island of Antigua, still remain in temporary shelters run by the government in technical colleges, churches and a cricket stadium.

Those who returned to the desolated island find themselves sifting through piles of refuse, hoping to salvage what is left of their properties. Help has been provided by developing countries like Cuba, Venezuela, and the Dominican Republic, as well as Qatar, China, and India.

Ronald Sanders, Antiguan Ambassador to the United States, said that while they are thankful for the help that the hurricane-ravaged island received, Barbuda needs more in order to provide hurricane-resilient homes for its citizens.

“Our entire economy is $1.5 billion. To keep these people is going to cost a lot of money. We can’t abandon them because they are our people and we have to do the best we can. But the best we can depends upon our resources, which are limited and scarce,” Sanders told CalvinAyre.com. “We have to get those people back to Barbuda but we can’t bring them back to Barbuda until we have restored electricity, restore water, and the modicum of housing so that they can begin to pick up their life.”

He lamented that the government was left without a choice but to cram all the residents in government centers in Antigua, where living conditions were cramped and unsanitary, in order to keep them out of Hurricane Irma’s path.

Every single inhabitant of the island was evacuated after the passage of Hurricane Irma, according to Sanders, since there was not a single building left standing that was structurally safe.

In the aftermath of Hurricane Irma, Sanders said the government has realized that it needs to construct houses and infrastructures that can withstand category 5 hurricanes or even more due to climate change.

Sanders said it is unfair that small countries with little carbon footprint like Antigua and Barbuda have to suffer the environmental miscarriages that developed countries like the United States commit. But instead of moping around, Sanders said “it is the reality that which we live.”

“It is going to cost more and we have to find the money somewhere. What’s really troubling about is that it is clear that we are getting these monstrous hurricanes now as a result of climate change. But we ourselves are the least contributors to climate change,” he said. “We are trying to make the best of that reality. But part of that reality is to keep our societies alive under civilizations on the face of the earth.”