Home / Business / eSports could become an Olympic sport, but it needs a governing body 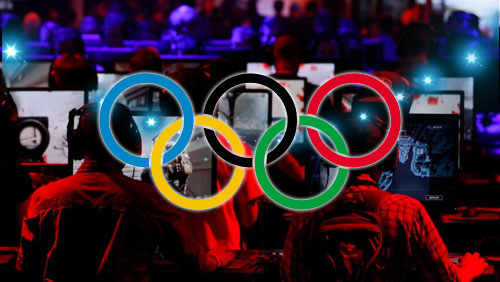 A statement from a meeting of Olympic stakeholders in Lausanne this weekend revealed that the Olympic movement would consider including esports in the Olympic games, but the sport needs a governing body.

Let’s face it; the Olympics have a problem.

In a world where attention is at a premium, and everything is turning Blade Runneresque, who wants to watch someone playing a game of who can jump the farthest.

Pretty soon old codgers like me will die and along with it any lasting memory of an event that used to enthral millions of people unless the International Olympic Committee (IOC) can find a way to get our children wanting to carry the Olympic torch.

On Saturday, we saw the clearest indication yet that the old guard is willing to try something new. During a meeting of Olympic stakeholders in Lausanne, they agreed that esports is a burgeoning sport showing strong growth throughout the globe and attracting the perfect demographic to take the Olympics to the next level. According to esports Marketing Blog, men aged 18-25 consume more esports hours than traditional sports.

“esports can provide a platform for engagement with the Olympic movement,” said a spokesperson for the Committee.


In the summer, the team behind the Paris 2024 bid made it abundantly clear they would back the inclusion of esports in their games. We won’t learn what sports will be acceptable to Paris until after the 2020 Tokyo Games.

This old fuddy-duddy doesn’t think so.

The most significant problem that esports presently has is there is no governing body, and without one the IOC won’t consider esports a bona fide sport. Is it time for the Esports Integrity Coalition (ESIC) to expand and become the governing body that esports so desperately needs to make it to the medal podium. Governing body apart, the IOC believes esports tick the rest of the boxes citing esports athletes as having to ‘prepare and train with intensity.’

According to the tech crunching firm Activate, more than 70 million people will tune in to watch an esports final by 2020 making it the second most popular sports in the US behind the NFL. The Olympics need those numbers.

Esports’ inclusion in the 2022 Asian Games will hopefully enable countries in the region to start sitting up and paying attention to the future of sports entertainment.

The Chinese Overwatch team has had to drop most of their players because the finals are in the US, and so many players have been denied visas because the US doesn’t recognise esports as a sport.

The problem needs to be solved rapidly.

In December, the first Overwatch league kicks off and includes teams from all over the globe. Players competing in the league will earn $50,000 per year, and a regional franchise costs $20m.