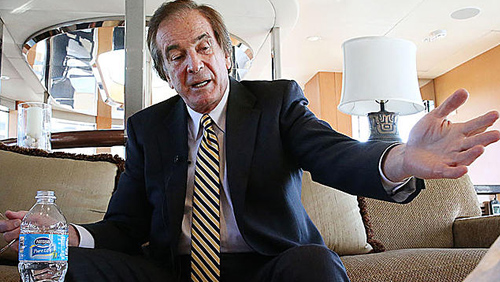 Florida-based developer Glenn Straub is suing the state of New Jersey for what he calls an unfair imposition of property tax on Atlantic City’s shuttered Revel Casino Hotel.

The Press of Atlantic City reported that Straub questioned New Jersey’s PILOT program before the Atlantic County Superior Court on October 14, complaining that the state sent him a tax bill $3 million higher than it should be.

“It’s crazy,” Straub said of the PILOT, according to the news report. “It’s not a casino, because the state says we need a license. They are penalizing us millions and millions of dollars.”

Under the New Jersey’s casino payment in lieu of taxes (PILOT) program, casinos will have to shell out $120 million this year instead of property taxes. The program was intended to bring balance to the wobbly New Jersey’s tax collection base amid left and right casino tax appeals.

The city incurred budget deficits as a result of the costly litigation and eventual state takeover.

But Straub, in his petition, argued that it is unfair for him to pay a tax bill that is $3 million more than it should be for Revel, especially since the property was derelict and no longer operating by the time the program was implemented.

Straub purchased Revel at a bankruptcy auction two years ago for $82 million. The property has remained idle since closing in September 2014.

Atlantic City, according to Straub, was asking him to pay $8.3 million in taxes despite not having gaming at the property. Straub contends that he should be taken off the PILOT program since he technically didn’t own the property when it was still a functioning casino.

“The PILOT Act penalizes it by requiring it to pay based on the fact that at one time the property was licensed to operate as a casino, but does not generate the level of revenue as casino properties because no casino operates there and, in fact, never did operate there in the entire ownership period of the plaintiff,” according to the complaint.