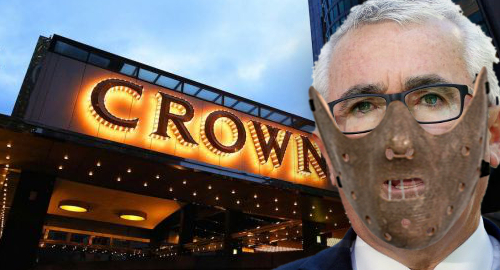 The Australian senator who delivered last week’s bombshell allegations of pokies-tampering and money laundering at Crown Resorts has been prevented from airing new claims in parliament.

Independent Senator Andrew Wilkie made international headlines last week after tabling evidence in parliament from three former Crown Melbourne staffers who claimed management had ordered them to illegally tamper with video poker machines and to look the other way as the casino helped high-rollers avoid scrutiny of financial transactions.

Caught off guard, Crown originally managed only a sputtered denial of these claims but eventually challenged Wilkie to restate his evidence outside parliament, where his comments wouldn’t be protected by parliamentary privilege.

On Tuesday, News Corp Australia reported that Wilkie had addressed his fellow parliamentarians with claims that a fourth whistleblower had come forward – despite being “in fear for his life” – with fresh evidence of Crown’s misdeeds.

Prime Minister Malcolm Turnbull took his own shots at Wilkie’s calls for a parliamentary inquiry into the allegations. Turnbull noted that gaming regulators in the state of Victoria, as well as the Australian Federal Police and the financial watchdog agency AUSTRAC were already conducting separate investigations, and thus Wilkie’s contention that these inquiries would be aided by a parliamentary probe “almost beggars belief.”

Wilkie later told reporters that he would send his latest ‘evidence’ to Victoria police, while claiming that all parties in parliament didn’t seem to “have any interest in investigating” the allegations. Wilkie further alleged that “nothing unites the Liberal and Labor parties quicker than shielding the poker machine industry from public scrutiny.”

Other commentators have noted that Crown had outsourced its pokies maintenance contract to an outside party this summer, which led to a protest campaign by the Electrical Trades Union. Wilkie has refused to confirm whether his original three whistleblowers were among the 16 union members fired by Crown, saying he wasn’t going to “say anything that might help identify these people.”