No application yet for Bloomberry casino in nearby Philippine city, residents told

The Philippine government has allayed fears of Quezon City residents by saying that there’s no formal applications yet for the establishment of a casino in the area. 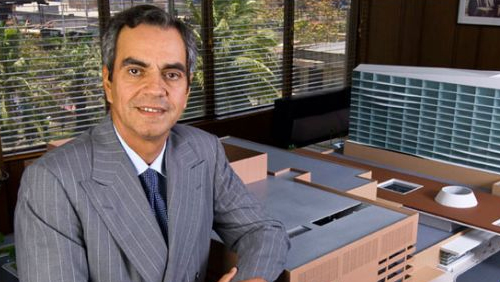 A paid advertisement in the guise of an open letter was published in different daily broadsheets on Monday, which bore the appeal to President Rodrigo Duterte to block casino developments in the city due to the risk gambling poses to local youths, according to the Philippine Daily Inquirer.

The so-called “concerned citizens of Quezon City” claimed that the city council already passed the Gambling Regulatory Ordinance of 2017, which will pave the way for “the construction of Bloomberry Resorts’ new casino hotel” at the Vertis North development on Agham Road.

Members of the Quezon City council quickly responded to the paid ad, saying that the body has not received any formal applications for the construction of a casino in the city.

The only gambling establishments in the city, according to the council, are the Philippine Amusement and Gaming Corporation-sanctioned e-games and e-bingo cafes. There are at least 66 eGames and eBingo outlets in the city.

“For the information of the general public, the City Council has not received any application from Bloomberry or any gaming industry operator signifying their intention to establish a casino in Quezon City,” the 38-member council said in a statement.

Vice Mayor Joy Belmonte, who presides over the Quezon City council, pointed out that the No. 20CC-247 ordinance cited in the letter isn’t final yet despite passing its second reading on Oct. 2. The ordinance, according to Belmonte, not only covers casinos but all games of chance including eBingo, off-track betting and online sports betting.

As a deterrent to problem gambling in the city, the ordinance will include the imposition of a fee on residents who wish to play in gambling establishments throughout the day.

Last year, Filipino mogul Enrique Razon, Jr. announced that his company plans to build a “mixed-use development with a hotel and casino” much like Manila’s Solaire Resort & Casino on a 1.5 hectare property in the Quezon City Central Business District, located about 23 kilometers away from the Entertainment City gaming zone.

His announcement was met with opposition, particularly from Belle Corporation, which is behind the City of Dreams Manila resort. Belle vice-chairman Willy Ocier then called on PAGCOR to dissuade owners of gaming licenses from putting up casinos in areas other than Entertainment City, where massive sums of money have already been invested.