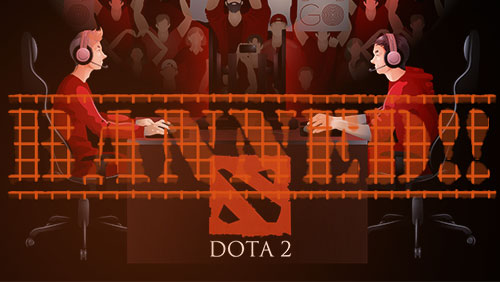 The eSports Integrity Coalition has banned two Dota 2 players for match fixing after aligning with Sportradar and their Fraud Detection System.

As a teenager I walked into a shop, picked up a Walkman, opened it, plugged it into my headphones and walked out without paying. I wouldn’t do it, today. As I’ve aged my values have changed and I now find justice and honesty more important than listening to The Cure.

Had I been caught, I would have deserved my punishment, but I don’t think it would be fair for that judgment to follow me into adult life, and that’s what went through my mind when I read that two Dota 2 players have received two-year bans for match fixing.

According to reports, the eSports Integrity Coalition (ESIC) and Sportradar decided to use Sportradar’s Fraud Detection System after rumours surfaced of some dodgy affairs in a World Cyber Arena European qualifier between Team Dx and Yellow Submarine.

The two bastions of esports integrity analysed betting patterns and determined that something fishy was going on. As a result of the investigation, Team Dx members, Leonid “Sonic” Kuzmenkov and Dmitri “Ax.Mo” Morozov were handed two-year bans from competing in Uprise Champions Cup (UCC) events, as they were the hosts.

Ian Smith, ESIC Commissioner, called the ban “depressing,’ but hoped that the severity would send a ‘powerful deterrent message to esports athletes.’

In my view, the ban should have been stretched to cover all esports and not one competition. In July 2017, ESIC conducted a survey of their members on appropriate sanctions for cheating in esports.

The survey results showed that esports athletes didn’t take match fixing as seriously as cheating. The results of the study showed that match fixing/betting fraud would be met with a five year ban, as a minimum so I’m not sure why the two players in question received two-year bans which falls in line with the consequences of cheating.

In September, Dota 2 creators Valve decided to ban Dota 2 players for eight years if found guilty of using a bot to boost their MMR scores in a bid to quickly get them out of the low priority matchmaking queues.

In the past, Valve has been accused of unfairly handing out indefinite bans for esports athletes, another point that came out of the ESIC study as being ‘too harsh’ as a punishment.

The bans comes barely a month after ESIC banned the Crossfire player Joao Paulo de Araujo “Ecstasy” from all esports after admitting initiating a DDoS attack.

Rumour has it that de Araujo was driven to act after listening to Robert Smith droning on about cats, forests and caterpillars during thousands of hours of gameplay.