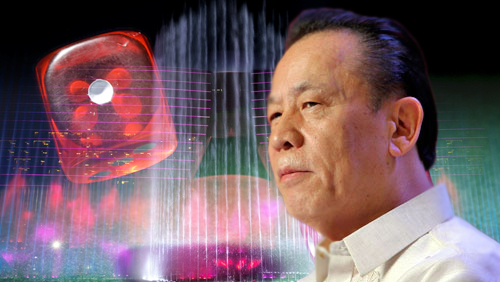 The group of Japanese casino mogul Kazuo Okada is apparently window shopping for publicly listed companies in the Philippines in preparation for its Philippine bourse debut.

Tiger is the operator of the $2.4-billion Okada Manila integrated gaming resort business.

In May, market insiders speculated that Okada had been targeting Chemical Industries of the Philippines (CIP) and LMG Chemical Corp. CIP, which is the principal shareholder of LMG, to reportedly sell 65.92 percent of its shareholdings in the company.

But Okada’s group is now going after holding firm

Bright Kindle Resources and Investments Inc. (BKR). The sale, according to the report, will take place in the next few weeks, “barring unforeseen events.”

“The Okada group was just preparing for the company’s eventual participation in the stock market. Actual infusion of the gaming business into the listing vehicle could take about two years,” the report said.

Data available on the Philippine Stock Exchange showed that Rizal Commercial Banking Corp. sold BKR, formerly Bankard Inc., to RYM Business Management Corp. RYM, which holds 81.77 percent of the company. RYM transformed BKR into a holding company and changed its name to its current one.

Just like what happened to the shares of CIP, BKR’s shares were selling like hotcakes since mid-September as result of possible listing of Okada Manila.

Okada Manila, which commenced operations December last year, is the third resort to open at the 100-hectare Entertainment City in Pasay.

The integrated casino resort boasts of being a major landmark in Philippine tourism especially with the addition of its $30 million light and water fountain that rivals two of the most popular fountains in the world.

Okada Manila has gaming floors which can accommodate up to 500 tables and 3,000 slot machines, a premium shopping promenade, an impressive night club and an indoor beach club.

Backdoor-listing of gaming companies isn’t really new in the Philippine Stock Exchange. Bloomberry Resorts, which is owned by Filipino magnate Enrique Razon, Jr., debuted in the Philippine bourse in 2012 through Active Alliance Inc.

Melco Resorts Philippines also took the backdoor with the purchase of then Philippine-listed Manchester International Holdings Unlimited Corp. in 2012.