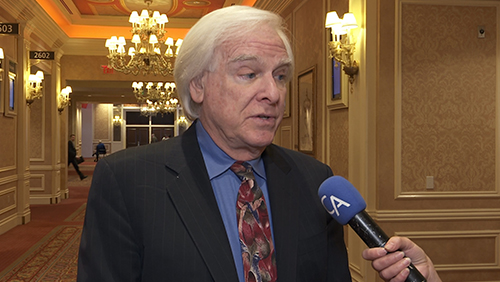 In this interview with CalvinAyre.com’s Becky Liggero, gambling law expert I. Nelson Rose gives his prediction on the fate of the sports betting petition filed by New Jersey before the Supreme Court.

The day of reckoning for sports betting fans is nearing as the Supreme Court has finally taken cognizance of New Jersey’s appeal of the nation’s federal betting ban.

Two weeks ago, the Supreme Court announced that the oral arguments for New Jersey’s effort to strike down the controversial Professional and Amateur Sports Protection Act (PASPA) will be heard on December 4.

Many analysts are already predicting a favorable outcome of New Jersey’s petition, including gambling and gaming law expert I. Nelson Rose.

The liberals in court, on the other hand, may uphold New Jersey’s appeal because they don’t want the Congress telling the states what to do.

“I think an overwhelming majority of the court is going to say that Federal Law – the Professional and Amateur Sports Protection Act (PASPA) – is unconstitutional,” Rose told CalvinAyre.com. “I think that it is close to unanimous whatever the decision is.”

Observers are closely monitoring the developments of New Jersey’s case in the high tribunal since they know that the stakes are high should the court rule in favor of the cash-strapped state.

For one, New Jersey’s legal victory could make US sports betting a $6 billion industry in a five-year time frame should the magistrates rule in favor of New Jersey’s plea.

Right now, domestic US sports betting handles a mere $3 billion from American customers. This figures pale in comparison to the $60 billion in wagers that Americans place annually with internationally licensed gambling sites and back-of-the-bar bookies.

Rose predicts an “explosion of sports betting” should the Supreme Court strikes down PASPA, which he described as irrational and discriminatory.

“If the court rules PASPA is unconstitutional, there will be an explosion of sports betting. Fantasy sports is going to take a big hit. I think it will be a really wild time for sports betting,” Rose said.