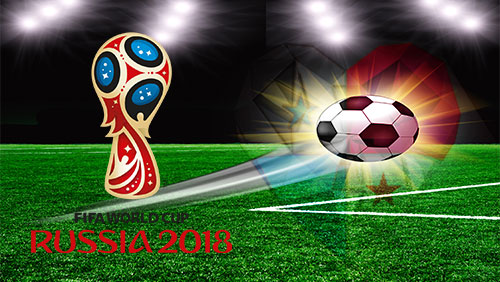 Another World Cup qualifying round-up including disasters for the USA and Chile, a Lionel Messi rescue act for Argentina, and a brand new experience for Panama.

When it comes to the argument over who is the best player ever to grace a football pitch it doesn’t matter how many individual honours you have won. It’s all about your performances at the World Cup.

Until the little genius can win a World Cup, I don’t think he can ever be talked about in such exalted heights as the man he once idolised as a child. And he is trying his best. It’s just a shame the rest of his team aren’t up for it.

Going into last night’s qualifying tie against Ecuador, Argentina was sitting in sixth place in a group with only four teams heading to Russia. Argentina had not won in Quito since 2001, and no-one except Messi had scored a World Cup qualifying goal for the Argentineans in 11-months.

And then, Ecuador scored in the first minute.

The thought of having a World Cup without Argentina, the fifth favourites to win the thing, was unthinkable.

Up you step, Lionel Messi.

The Barcelona ace banged in a hat trick, his 59th, 60th and 61st goals in 122 appearances for his country, and Argentina will take their place in Russia alongside Brazil, Colombia and Uruguay.

So who missed out?

Brazil hammered them by three goals to nil thanks to an opener from Paulinho and a double from Man City’s Gabriel Jesus. Arturo Vidal, who missed the match through injury, withdrew from international competition after the defeat claiming that his soul had been destroyed, and the manager Juan Antonio Pizzi also stepped down.

If the Chilean debacle led to Vidal and Pizzi stepping down then perhaps the entire American side should do the same.

When you are the so-called greatest country in the world and over 323m people to choose from. You should be able to navigate your way into the top three positions in a group containing the likes of Mexico, Costa Rica, Panama, Honduras, and Trinidad & Tobago.

The Americans finished second from bottom of the group after a humiliating 2-1 defeat away to lowly Trinidad & Tobago in what American journalists are calling the most surreal and embarrassing night in US soccer history.

There were no such upsets in the final matches of the European qualification phase.

The central question that needed answering was who would go through as Group B leaders, and the answer is Portugal after they beat Switzerland by two goals to nil thanks to an own goal from Johan Djourou and a Valente Silva strike.

Switzerland drop into the Play-Offs where they join fellow seeded sides Italy, Croatia and Denmark. The unseeded teams are Northern Ireland, Sweden, Ireland, and Greece.

France also confirmed their appearance in Russia with a two-one win over Belarus, thanks to goals from Antoine Griezmann and Olivier Giroud.

Peru will face New Zealand in a two-legged play-off with the winner qualifying for Russia. Honduras faces Australia in the other play-off. Australia made the final after beating Syria 3-2 over two legs. The winner will go through to the finals.

Full List of Qualifying Teams (Africa Still to be Resolved)