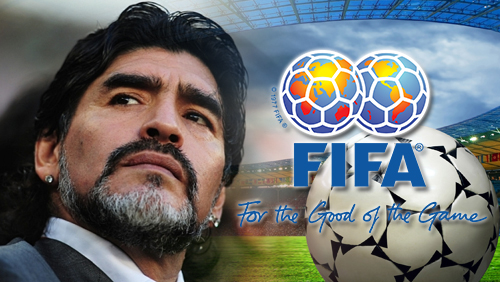 The former Argentina soccer player Diego Maradona has confirmed his intention to run for FIFA presidency through his long-time journalist friend.

According to the Uruguayan journalist Victor Hugo Morales, Maradona told him of his intention on Sunday, through a phone call, and was authorized to publish the confirmation.

Maradona also said that he is “a candidate” whenever he was asked about the nomination for
FIFA presidency.

Maradona, marking himself as “a candidate” for FIFA presidency, could face difficulties securing support from five FIFA members because of his on- and of-the-field controversies such as suspension for testing positive in cocaine and accruing tax deficiency in Italy when he was still playing for Napoli; being banned from 1994 World Cup for doping with five types of stimulants, and firing an air gun and slapping journalists.

With this kind of reputation, it is far from clear which five of the 209 FIFA’s member, a pre-requisite for being able to stand for the presidency, would choose to nominate him and why they would do it.

In May, Maradona attacked former FIFA commissioner Sepp Blatter when he published an op-ed in The Telegraph.

“Under Sepp Blatter, Fifa has become a disgrace and a painful embarrassment to those of us who care about football deeply,” Maradona wrote. “We have a dictator for life. I call Blatter ‘the man of ice’ because he lacks the inspiration and passion that are at the very heart of football. If this is the face of international football, we are in a very bad place.”

Blatter’s rival during May’s election Prince Ali bin Hussein of Jordan could stand again, as well as his other opponents, Michael van Praag of the Netherlands and former Portugal great Luis Figo.

FIFA’s next election is set to take place in December, but an official date is expected to be announced on July 20.