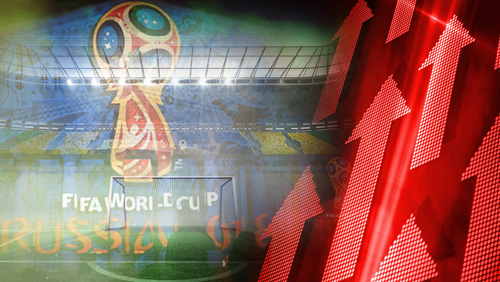 Another night of action from the European stage of the World Cup qualifiers sees Iceland become the smallest nation ever to make the World Cup finals. Serbia joins them.

With a population of just over 334,000 people, Iceland became the smallest nation ever qualify for the World Cup Finals, after beating Kosovo by two goals to nil in Reykjavik on Monday night, thanks to a goal and an assist from their star man Gylfi Sigurdsson.

The land of Walter Mitty tours, blue lagoons, and Northern Lights topped Group I, leaving the likes of Croatia, Ukraine and Turkey in their wake. And they will be no pushover as their appearance at the 2016 European Championships showed, beating England on their way to a quarter-final elimination at the hands of the French.

Joining the Icelanders will be Serbia.

The Serbians beat Georgia by a goal to nil thanks to a strike from Aleksandar Prijovic 16-minutes from time. Like Iceland, Serbia topped the group against all the odds with the highly fancied Republic of Ireland and Wales in that same melting pot.

With two more teams added to the Russian roster, here is the revised European qualification list.

The most notable brawl on Monday night took place in Cardiff where Wales and the Republic of Ireland played in a winner takes all matchup. Ireland parked the proverbial bus, nabbed a 57th-minute goal from James McClean and held on until the bitter end.

It’s a terrible blow for a country who hasn’t qualified for the World Cup since 1958 and were so buoyed by the Welshman’s semi-final appearance in the 2016 European Championships. It’s been a terrible qualifying campaign with too many drawn matches ultimately destroying their chances of a spot in the finals.

So the Republic of Ireland will move into the Play-Offs where they are unseeded, meaning they cannot meet Northern Ireland, who also made the Play-Offs as an unseeded side. Positions in the FIFA World Rankings dictates the seeds.

The two most likely sides to feature alongside the Irish teams in the unseeded part of the draw are Sweden and Greece. France should beat Belarus at home to go through as group leaders, Sweden travel to the Netherlands, and unless the Dutch win 13-0 Sweden will go through to the Play-Offs. If France loses, then a draw or a victory will be enough to send Sweden through as group leaders, and France will drop into the Play-Offs.