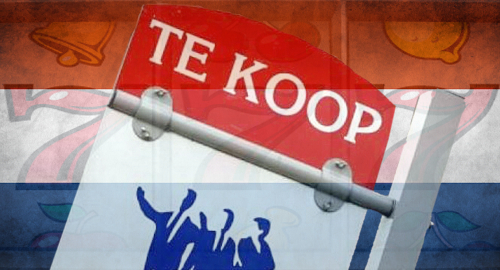 This week, four Dutch political parties finally came to terms on a coalition agreement, nearly seven months after voters went to the polls in the March national election. On Monday, the VVD, D66, CDA and Christian Union parties presented their new ‘confidence in the future’ policy program, which includes a brief but ominous reference to online gambling regulation.

The one-line mention states that a prerequisite for receiving a Dutch online gambling license will be for operators to maintain “some form” of physical presence in the country. The vagueness of this language could mean operators would be required to establish a local branch office, base their Dutch-facing servers in the Netherlands, or that only land-based gambling operators will be eligible for online licenses.

While the latter option is unlikely, it’s not explicitly ruled out, and the answer won’t be known until the Dutch Senate takes up debate on the country’s Remote Gaming Bill, which was approved by parliament’s lower house more than a year ago.

The CDA party’s members had opposed the Remote Gaming Bill in the lower house, and the local presence requirement is viewed as a concession to ensure the CDA doesn’t adopt a similarly obstructionist stance in the senate, where it holds the second largest block of seats.

The European Commission (EC) has expressed opposition to some other EU member states that introduced online gambling laws that included requirements to establish local operations. The EC threatened to sanction Poland until it lifted its requirement for would-be online gambling licensees to create a “permanent establishment” in the country.

In July, online gambling operator Betsson AB asked the EC to punish the Netherlands’ Kansspelautoriteit regulatory body for doling out six-figure fines against online operators licensed in other EU markets who continue to serve Dutch punters while the country’s online gambling legislation remains in limbo.

Assuming there are no further hiccups, the most optimistic timeline for when the Netherlands might actually begin issuing online gambling licenses is H2 2018. However, Betsson has suggested mid-2019 is a far more likely scenario, and that’s without any EC challenges regarding establishing a physical presence in the country.