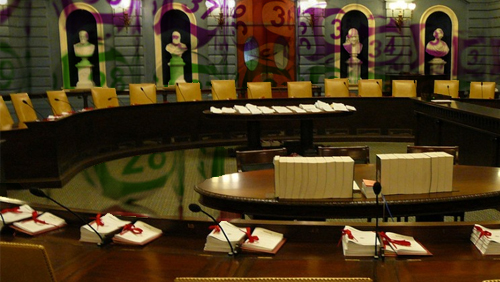 Legalization of online lottery in Massachusetts is turning out to be a hot political debate for many candidates eyeing a senate seat.

Lowell Sun reported that at least four of the five senatorial candidates are making a pitch for the legalization of online lottery games in Massachusetts as concerns over dwindling state funds lingers ahead of state elections.

Current Leominster City Councilor Claire Freda, who is gunning for a Senate seat as an independent, expressed concern over the move of their neighbor New Hampshire to allow online lottery sales, saying that the Granite State will eat up their lottery revenue.

Freda warns that Massachusetts will lose its “competitive edge” should the Bay State just stand on the sidelines and watch New Hampshire launch online lottery sales in the first quarter of 2018.

“Our cities and town rely on this money; it’s a huge piece of municipal aid,” Freda said, according to the report. “Anything New Hampshire does certainly affects our area more than others because of our proximity to the border.

Democratic state Senate candidate Michael Kushmerek also expressed support for online lottery legalization but “with some reservations.” While he wants the state to be able to retain its lottery revenues, Kushmerek emphasizes the need for safety nets to protect children from gambling.

He also noted the possible impact of passing the online lottery bill on convenience stores.

State Sen. Jennifer Flanagan is set to step down from her post after being appointed to the Cannabis Control Commission. Before she left, Flanagan introduced a bill to allow online Lottery games.

As the online lottery debate heats up in Massachusetts, a New Hampshire city has finally approve the gambling game keno.

The Concord Monitor reported that Keno received a 60 percent favorable vote after a citywide election on Tuesday.

The vote came after the Legislature legalized the game in order to fund state education, specifically kindergarten programs. Under the recently passed legislation, Keno will only be allowed in cities or towns that approve it.