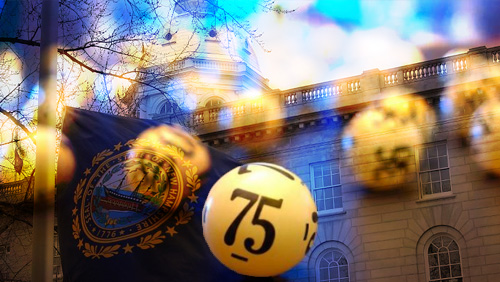 A proposal to impose taxes on newly authorized Keno games in New Hampshire gets a greenlight from both chambers of Congress during a bipartisan vote on Thursday.

New Hampshire Union Leader reported that the bill, which aims to fund full-day kindergarten through tax revenues from Keno games, is now awaiting the signature of Gov. Chris Sununu. Sununu has made expanded kindergarten a signature policy issue.

Many thought that the Republican-backed bill would face an uphill climb in the legislature, but the House Representatives voted 251 – 111 in favor while the Senate also backed the bill by a 15 to 8 vote.

Legislators’ votes for and against the bill were quite interesting. Usually Democrats are more likely to vote in favor of gambling-related bills while the more conservative Republicans tend to go against it.

In this case, however, Republicans who previously opposed both state funding for kindergarten and state-licensed Keno, threw their support behind SB 191, in large part to support Sununu.

Many Democrats took over the opposition role since they felt the measure doesn’t go far enough.

A grant of $1,800 per student for kindergarten enrollment is currently being offered by the state. Assuming half-day kindergarten programs, they noted that it is only half the so-called “adequacy grant” of $3,600 for students in grades 1-12.

Many Democrats wanted the second half of the kindergarten day fully funded at $1,800, with the money from Keno going into the state’s Education Trust Fund. To their dismay, the approved bill only guarantees $1,100 per student each year, linked entirely to the revenue from Keno.

Sununu, for his part, lauded the legislators for passing the bill.

“The investments made today will give New Hampshire’s children a strong foundation for tomorrow’s future,” he said, according to the news report. “Full-day kindergarten is good for children and families, and a critical tool in retaining our future workforce.”

Ganapati appears to be falling apart
Derek Tonin
6 hours Ago