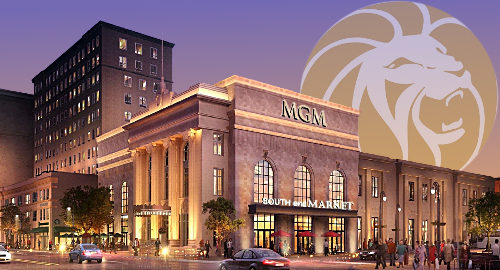 The $960m MGM Springfield is on track to open in the southwestern region of the state in September 2018, and Thursday saw MGM officials provide further details of the project’s progress to members of the Massachusetts Gaming Commission (MGC).

For one thing, MGM Springfield president Michael Mathis says the property will have more than the 100 gaming tables listed in the original estimates. Mathis told the MGC members that data from MGM’s new National Harbor casino in Maryland showed that table games were “making a bit of a comeback in terms of the mix with slots.”

Mathis added that younger demographics are “skewing away from the traditional slot product and towards an interactive, communal table game experience.” As a result, the number of tables in MGM Springfield’s poker room is rising from 16 to 23.

Among the non-gaming amenities the property will boast is a six-screen theater with recliner seating. MGM has also struck a deal with Springfield Museums to display historical artifacts throughout the property.

MGM LOBBIES CONNECTICUT RESIDENTS
Meanwhile, just over the state line, MGM continues to maintain the charade that it’s actually serious about its proposal to build a $600m gaming venue in Bridgeport, Connecticut. MGM outlined its proposal earlier this month after endless complaints that the state had violated MGM’s constitutional rights by not allowing it to bid on the state’s third casino license.

That license was granted to the state’s two gaming tribes – the Mohegans and Mashantucket Pequots – for a joint venture casino off tribal land in East Windsor, just over the border from MGM Springfield. That casino was supposed to be a hedge against MGM’s new venue, and MGM’s Bridgeport proposal is widely viewed as the latest blow in this tit-for-tat exchange.

MGM is certainly trying to appear as if they’re serious, blitzing the Bridgeport and New Haven areas with what a spokesman called “a full fledged communications campaign,” including phone calls, social media ads and mailed glossy flyers pitching the virtues of its proposed casino, including the promise of thousands of new jobs.

Connecticut Gov. Dannel Malloy has already dismissed MGM’s proposal, saying it was highly unlikely the tribes would agree to renegotiate their gaming compact, which grants them exclusivity over slots operations in the state. The tribes have called MGM’s proposal the “latest fib” in a “pattern of dishonesty.”

MGM’s Bridgeport proposal came just one week after it lost its latest legal bid to block the tribes’ third casino. But the tribes’ casino has yet to receive the blessing of the federal Bureau of Indian Affairs, and thus MGM’s media blitz could well be aimed at a wider audience than just Bridgeport.