Planet poker: the only place without borders

After 3,000 residents protested about excessive tourism in the streets of Palma, Mallorca, Lee Davy ponders where next for a poker writer looking for somewhere to live.

You can’t see a single grain of sand.

Umbrellas, that’s all you see, protecting the anaemic looking skin of the British and the Germans. A few hundred breaking rank to run into the sea.

Someone has taken a spray can to a wall looking down on the anarchy.

A place I was going to call home for a few months.

I was 35-years of age when I stumbled upon the poker industry. A little bubble was floating unseen amongst the hysteria of modern life. My first trip abroad was Vienna for the European Poker Tour (EPT). I remember freaking out. Never before had I travelled alone.

I was told to catch the train into the city and walk to my hotel.

Suddenly, I had forgotten that I had worked on the railroads for 19-years. I was sure I would get on the wrong train and end up in Russia, a bayonet in the guts as a welcoming salute.

A local calmed my nerves, explaining there was only one train and only one stop.

I can handle that.

Barcelona was next. Tallinn. Paris. Venice. 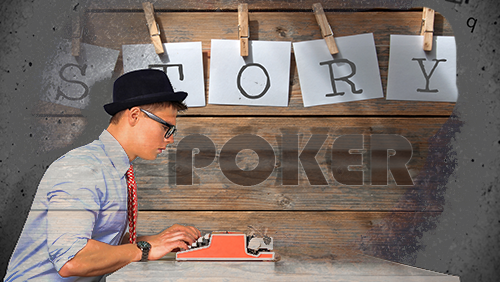 I was an international traveller, and it felt kind of cool.

In the past 35-years, I lived my entire life in the UK. It’s a little island where the little islanders like to complain a lot. We complain about our National Health System (NHS), the weather, and more recently, the number of people who hang out here who weren’t born here.

People, concerned that the British gene was about to be fucked out of existence, voted to leave the European Union (EU). We bullied Polish kids in school because we overheard our parents complaining about them taking our jobs. Racist and nationalist movements got a shot in the arm.

And there I was, half-Chinese, with a Korean-American wife, and child, wondering where the hand grenades were coming from?

I’m currently in the USA, so my in-laws can get to know my daughter. American flags are flying outside every door. Why? I haven’t seen a Spanish flag or a British flag.

I have never felt so much patriotism. It’s visceral. I feel out of place. My only saving grace is that people love my accent. I don’t want to live here. As much as I complain about the NHS, it’s better than forking out hundreds of dollars per month for my 50mg of Levothyroxine. And Trump probably doesn’t want me here, with all his talk about building walls and what have you.

My in-laws are all from South Korea, but I don’t think it’s a sound bet to move there, with Kim and Donald preparing to start World War III on Twitter, and it will happen when the Twitter overlords increase the 140-character length to 280.

My wife and I have talked about travelling throughout Asia, but then you have to deal with the Tsunamis. Hurricanes are battering the Caribbean islands, and if a local gang doesn’t kidnap me, I am likely to be carved up by an earthquake if I travel to South America. Fortunately, that last idea came off the bucket list after watching Narcos. Cultivation theory is real, folks.

And so we were fixed on Mallorca.

Then this weekend, over 3,000 people congregated in the capital city of Palma all in unison: Tourists Go Home. I can handle a bit of graffiti telling me I’m not welcome. The Welcome to Hell signs don’t scare me. But a 3,000 marching throng? I don’t think my lovely accent will cut it, do you?

And who can blame them?

The British and Germans invade the Balearic Islands en masse, drinking snake-bite, snorting cocaine, turning this beautiful part of the world into a theme park.

In one article I read, this morning, locals were saying they hardly recognised their home. I get that. I do. I used to go for a run in Cardiff City centre at 6 am, and the place resembled Syria on a bad day.

There are 623,624 Airbnb rentals in Mallorca and Ibiza.

There have been protests in Barcelona over excessive tourism, and most recently in the Croatian city of Dubrovnik, which became rather popular thanks to Game of Thrones. Interestingly, I haven’t heard the folks in Inverness complaining, and they are well North of the Wall.

So what am I supposed to do?

Go back to England?

It’s not safe there either.

Ok, we don’t have hurricanes, earthquakes, or tsunamis. Kim doesn’t want to drop a bomb on Big Ben. But we still have idiots driving trucks into crowds and blowing up tube trains, and buses all in the name of a God we don’t even know exists.

And we have the NHS.

From my vantage point in the poker bubble, the world doesn’t seem to be turning on the axis we once loved. The poker table is the one place where everyone is welcome. But is it going to become increasingly harder to get everyone to that table?

I, like most of you, was raised with a set of cultural biases and views, all of which melted away the minute I met someone who fitted into the blueprint. I met all of these people on the poker tours of this world. They have helped open my mind, and I want to spend the rest of my life meeting more of them.

I don’t want to be walled in.

I don’t want to be told I can’t go here or there.

I don’t want to feel unsafe.

Give me a dragon. Drag him up from beneath the ice if you have to because we have walls to melt. My only concern is whether we can bring them down faster than people are putting them up.