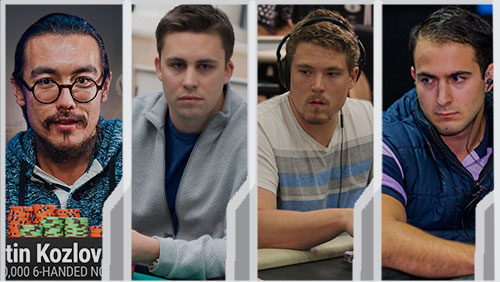 For the third year running, the Seminole Hard Rock Poker Open (SHRPO) in Hollywood, Florida, rolled out their Big 4 concept, and once again it went down a treat.

All told, there were 18 events, and $9.3m in guarantees, with $6.5m guaranteed for the Big 4, where the final tables of four of the biggest events played out simultaneously, streamed live and filmed for TV.

887 entrants ensured organisers smashed the $3m guarantee in this one, with $4.3m entering the SHRPO coffers.

In a week that saw Australian based poker players lose their ability to play online poker on fully licensed and regulated online poker rooms in the nation, Martin Kozlov once again showed that with the right talent, dedication, and sprinkling of luck, you could create a profitable live game.

Kozlov defeated Dylan Drazen in heads-up action to take the $754,083 first prize. It was the second time in successive years Kozlov has won an event for over half a million dollars after picking up the win in the World Series of Poker (WSOP) No-Limit Hold’em 6-Handed Championship for $665,709 last year.

Moving on to the largest buy-in of the Big 4 and John Andress picked up most of the greenbacks in the $25,500 buy-in High Roller. 117 entrants ensured the event surpassed the $2m guarantee by $900,000.

Andress beat the talented Mike Leah, in heads-up action, to claim only his second major live score of his career, after defeating the likes of Mike McDonald, Philipp Gruissem, Luke Schwartz, and Kristijones Andrulis to win a €10k event at the European Poker Tour (EPT) Prague back in 2011.

Other super stars who twinkled long in the night in this one were Joseph Cheong (10th), Alex Papazian (11th), and Jeff Gross (12th)

395 entrants ensured the event met the $1m guarantee. Foxen waded through a tough final table featuring the likes of Jason Koon and Faraz Jaka on his way to an impressive victory.

Other notables who fell close to the summit of this particular mountain were Aaron Massey (14th), Curt Kohlberg (15th), and Barry Hutter (19th).

The victory was Altman’s second of the year after defeating 508 entrants to win a Venetian Deepstack event for $106,479 in May.

A special shout out must go to Joe Kuether for making two of the Big 4 final tables, although he will be disappointed, finishing eighth in this one, and ninth in the Championship event.

Other players who rooted deeper than a mole in this one were Dermot Blain (12th), Sunny Patel (13th), and Anton Astapau (14th).