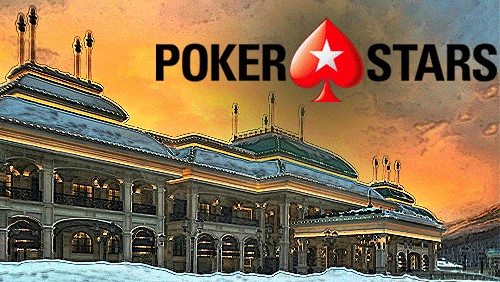 PokerStars announces plans to go back to Sochi, Russia, and brings the PokerStars Caribbean Adventure (PCA) out of retirement after player feedback.

There is a battle going on in the poker world.

Two of the largest online poker companies are in the ring; neither particularly open about the exchange of blows. Up until now, most of the shots have been to the body, but I see a knockout punch coming, and it’s going to find a chin hosting an event in Sochi, Russia.

In March, partypoker LIVE became the first big player in the live tournament market to set up camp in the Sochi Casino & Resort, Russia. The premier event was a $1,100 buy-in partypoker LIVE Million Main Event. 1,170 entrants created a prize pool of $1.1m, and Dmitry Chop took home the $225,000 first prize.

Two months later, and PokerStars arrived in town, increased the guarantees, and promised to make everything bigger and better. But it didn’t work out like that. The $5,000 buy-in PokerStars Sochi Main Event only pulled in 387 entrants, Pavel Shirshikov won the $515,774 first prize, and suddenly people started to wonder if we were in the midst of a shift in live tournament power?

While it’s true, you can’t gauge the dominance of one tour operator over another after a single event. What happens in the coming months will be a big indicator as to where players loyalties lie in Russia.

partypoker LIVE return to Sochi in September to host a $9m GTD Festival, culminating in a $5m GTD $5,300 Main Event. And PokerStars has just announced plans to return to the scene of the crime in October to host a PokerStars Festival.

The PokerStars Festival Sochi takes place Oct 16-22 with the main highlights as follows:

The addition of a partypoker LIVE MILLIONS event, and a PokerStars Festival allows us to gauge a more accurate representation of loyalty because both teams will have thrown every punch they have in their arsenal.

Will PokerStars or partypoker become the dominant force in Russia?

The next few months promise to be very interesting indeed.

I am a great fan of listening to and incorporating customer feedback, but I can’t see sense in the decision by PokerStars to change the name of the PokerStars Championship Bahamas back to the PokerStars Caribbean Adventure (PCA) after a single event.

Writing in an email to the poker media, Eric Hollreiser, PokerStars Director of Corporate Communications, said they decided after soliciting feedback from the players. Not only will the name change back to the PCA, but PokerStars has also promised to send 400 online qualifiers to the event in January.

The event will mark the 15-year anniversary of the PCA.

The PokerStars Player Bags, valued at $200 each, are making a return, and let’s not forget the event will also feature the celebrity razzle dazzle of Usain Bolt and Kevin Hart who will square off against each other in a heads-up game of poker.