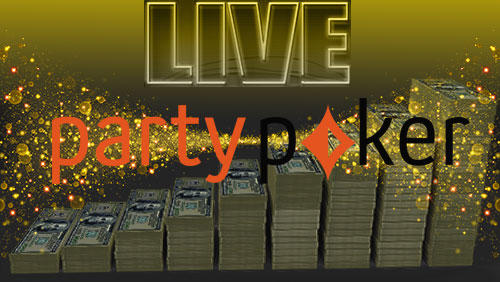 Partypoker has changed the live tournament landscape and moved right on par with PokerStars as one of the greatest practitioners of live tournament organisation in the world after a highly successful MILLIONS event in Dusk till Dawn.


Forget what you know about the coordination and operation of running a live poker tournament. Partypoker and the team at Dusk till Dawn (DTD) have rewritten the rules. They have changed everything.

When I first heard that Rob Yong and co had decided to host a £6m guaranteed event with £1m for the winner, I thought the DTD owner had gone a bit, Mel Gibson.

“Were we going to have another ISPT on our hands?” I thought.

But here’s the thing.

For every event that doesn’t cut the mustard, you learn, incorporate that learning and play it again Sam.

Players were able to compete from all over the world, both online at partypoker, and live in card rooms that partnered with the online giant thus allowing them to funnel a broader variety of players into the system than ever before, 8,400 to be exact, and that was enough to meet the guarantee.

The final table featured some exciting players. Katie Swift was no stranger to deep fields having finished runner-up to Miikka Toikka in the 2015 Grosvenor United Kingdom Poker Tour (GUKPT) Goliath. Mateusz Rypulak was a former France Poker Series (FPS) winner, and everyone knows about the skills of Jon Spinks and Stephen Chidwick even if Spinks spends most of his time changing nappies these days.

But after five hours of action, only two remained.

It was Argentinean, Maria Lampropulos squaring off against Jacob Mulhern for the £1m first prize, and incredibly, Mulhern was on track to win £1.1m as the winner of the Golden Chip Last Longer bet that shoved £100,000 into his pocket before a single hand of heads-up action was played.

Both players began with over 70bb each, but Mulhern refused to cut a deal with Lampropulos.

“Perhaps because I am a woman,” Lampropulos would later tell PokerNews.

I’m more likely to believe that after qualifying for the event for $22 playing online, being guaranteed £750,000 no matter what the outcome was more than enough reason for his confidence levels to be high enough to go for it.

The heads-up battle lasted 40-minutes before Lampropulos moved all-in holding pocket kings after a raising war had broken out. Mulhern called with AQ, but the Argentine faded the ace to win the largest score of her career.

If, like me, you think: “I’ve heard that name before.” Then you are right, Lampropulos is the girlfriend of Ivan Luca, and the pair squared off in heads-up action in the EUREKA Main Event in Rozvadov last season where Lampropulos finished second for the largest score of her career – until a few days ago that is.

“I learned all that I know from Ivan,” Lampropulos told PokerNews after her win.

Now he can learn a thing or to from her.