Home / Poker / Is shared liquidity in poker good or bad? 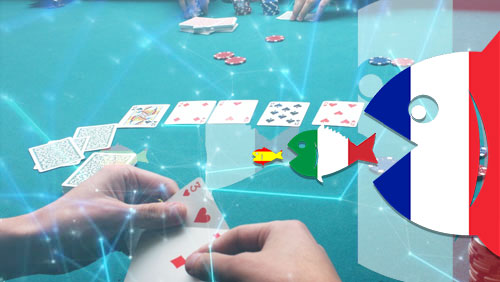 This is a guest contribution by Marco Melai.  If you would like to submit a contribution please contact Bill Beatty for submission details. Thank you.

The agreement has been signed, between the regulators, for online poker to share liquidity between Italy, France, Spain and Portugal:

To date, all the voices claim that it is a positive thing, is it really so?

The main advantages for players and operators, of this new liquidity, agreed to by all are:

– A competitive economic advantage for operators with an international network, or in multiple markets such as Pokerstars, I-poker and the Bwin-Digital Gaming duo: Which will immediately be able to leverage shared cash (remember that Pokerstars has always As a global network goal, which would clearly be the main beneficiary of this new order), being present in the four reference markets, clearly at the expense of operators present only on the Italian market, such as Lottomatica and Microgame.

– Retrieve appeal and market slices, both players who had abandoned the game and players who were emigrating to the “poker.com” illegal platforms. Having more players sitting at the tables would favor the re-launch of the cash game.

– The guaranteed tournaments offered by the main networks could benefit from ever higher prize pools and therefore a growing number of players.

– Greater number of gamblers and therefore volume of gambling would create the conditions for a return on investment by operators, which have recently been severely shrunk in advertising i.e..

Are there any negative aspects?

The first and most obvious is the penalization of local operators at the expense of global operators,

but there is another one that no one yet has highlighted:

One of the historical themes of poker, both physical and on-line, has always been the nature and state of the so-called “ecosystem”.
Is the mix of players balanced and healthy so it does not implode? Being damaged by the so-called “sharks” that would kill all average and recreational players draining the money out of the system instead of keeping it in the “ecosystem”.

The emergence of an European shared liquidity would ensure a healthy ecosystem?

Having worked in France and Italy in the poker world (888 poker in France and Lottomatica in Italy) since his birth, so knowing the two realities well, I can say that in my opinion the answer is negative.

The average French player has a much higher level of play than that of the Italian player, under three main aspects: aggressiveness, technique and spending ability. (Habit to higher buy in and proper bankroll).

Spain in my opinion is on average the poorest of the “big” three.

The European network will have a strong imbalance in favor of France, which in a short time will deplete the economies of other countries.

To go beyond my personal impressions (resulting from field experience), trying to give objective indicators, ranging from comparing only Italy and France as they are two very similar realities, Spain and Portugal are by population and economic indicators smaller and Therefore not directly comparable.

To compare the two nations with poker, they have had two different stories:
The Italian market was born in 2007, the French market in 2010;
Two different taxes with the most expensive French for operators, thus limiting their presence on the French market;
I chose to use the World Series of Poker, held every year in June and July in Las Vegas, as if they were the BIG MAC index, ie the assumption is that going to the WSOP for a poker player is highly aspirational and is a The point of arrival of a career and mature poker experience, so the presence of players and their achievements can be assumed as the relative strength of the country of origin.

In a recent debate among the most prominent players on what could be played as a success and strength in the poker world among the number of placements and winnings, the common opinion is that in cash the only index is the balance between spent and won, while in the Tournaments, given the variance of a single win such as Chris Moneymaker who won the WSOP main event after winning the tournament in the last few tournaments, the number of “in the money”, the so-called flags, is important.
So, we will analyze the presence of players from Italy and France at WSOP considering the flags in the individual tournaments and their frequency (although we would like to consider the cash winnings the result would not change).
France is certainly a stronger pokerist poker nation and therefore French players will dominate the Italians by draining money from Italy.

In the WSOP, France has always done better than Italy,
If we take the historical data for the various categories: Bracelets, Money won and number of placements we see that France is always ahead of Italy.
(Considering that the poker market opened first in Italy and then after a few years in France and that poker rooms organized specific tournaments that had the WSOP participation as a prize, the figures are even more significant) 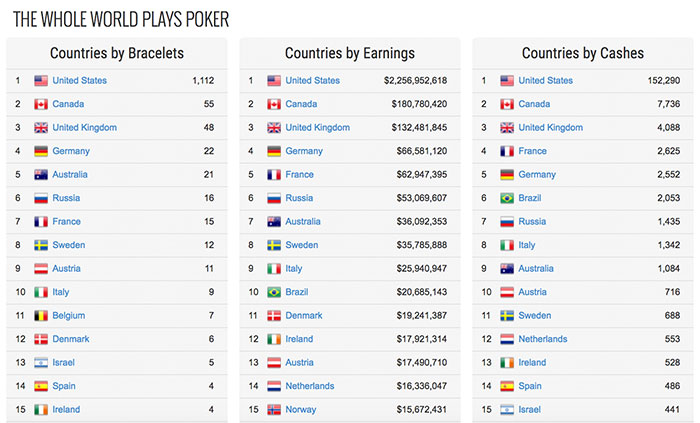 Taking a more specific look at 2017, the figure is even clearer:
The final table of the Main Event of the WSOP has two French players and no Italian, the last came out on Day 6 when there were still 4 French players.

In all WSOP 2017 tournaments we had the following situation:
– 96 in the Italian money against 262 French;
– 6 tournaments where there were more Italians in the money of the French versus 44 where they were more French than the Italians.
– Ladies event 3 French women in the Money against 1 Italian.
– In high-buy, high prize tournaments:
Ev 6 High Roller, 2nd Bertrand Grospellier with 2,27m, 3rd Dario Sammartino 1,60m;
Ev 9 Omaha HILO, 4th Fabrice Soulier with 118k and 15th Max Fisherman 19.7K
– Main event Final table, 2 French and 0 Italians. 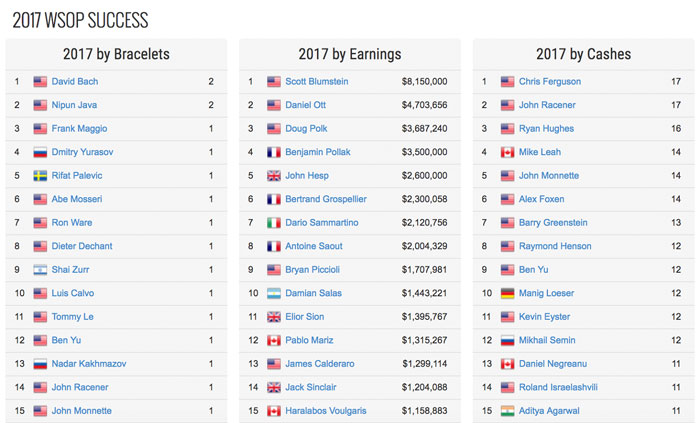 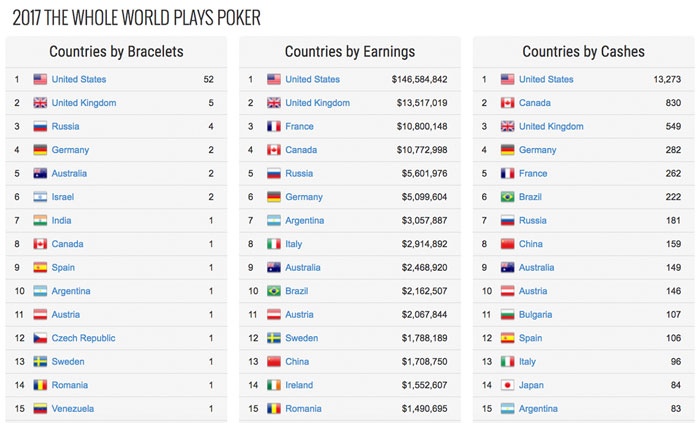 By unbandling out the total winnings per nation, the winners by the most important players, we have that other French players still wins over $ 3 million while the Italians if we take out Sammartino’s has winnings for only $ 750K.

In short:
The situation is clearly unbalanced in favor of France and the chances that French players can play a dominant role in shared liquidity and thus be consistently winning against Italian players seems to me very obvious.