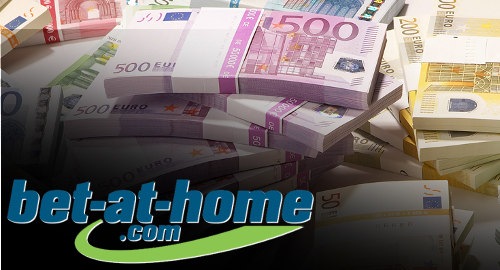 German online gambling operator Bet-at-home had its best ever quarter despite the lack of a major sporting event to spur betting activity.

The Frankfurt-listed Bet-at-home’s earnings hit €17.4m in H1, nearly twice the €9m earned in H1 2016. Revenue and earnings in the second quarter totaled €39.6m and €12.4m, respectively, each of which represent new quarterly records for the company. Investors reacted by pushing the company’s shares 4% higher on Monday.

The lack of a major sporting event like the Euro 2016 football tournament or last summer’s Olympic Games in Brazil should typically have resulted in a decline in betting activity, yet Bet-at-home’s betting and gaming turnover through the first half of 2017 was up nearly one-quarter to €1.37b.

The turnover rise was even more impressive given that Bet-at-home’s H1 marketing budget fell €2.4m to €24.2m in the first half of the year. The company hailed its customer acquisition and retention measures, which resulted in 4.7m registered customers as of June 30, a 200k improvement over the same point last year.

Based on its favorable H1 figures, Bet-at-home is projecting full-year 2017 betting and gaming revenue to hit €144m, while earnings are expected to land somewhere between €34m and €38m.

Bet-at-home is currently sitting on liquid assets and current securities worth €77.8m, down from €91.8m as of December 31, 2016, due in part to the full repayment of a €21m loan to the company’s main shareholder.