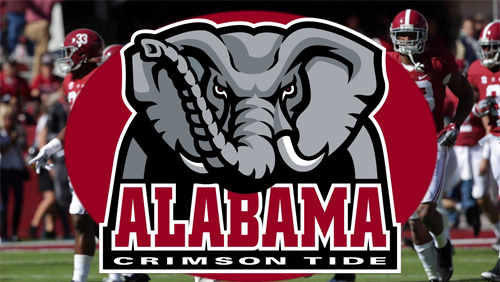 The Alabama Crimson Tide have had little competition to win the Southeastern Conference title the past three years. Their margin of victory in the SEC Championship Game has averaged 27 points during that stretch, as they went on to win the NCAA title once (2015) and also appeared in last year’s CFP National Championship Game.

With quarterback Jalen Hurts back for his sophomore season, Alabama is listed as a -150 favorite to take home a fourth consecutive SEC title this year.

Hurts played well as a true freshman in 2016 and had to deal with a new offensive coordinator against the Clemson Tigers for the national championship after Lane Kiffin bolted to take the head coaching job for the Florida Atlantic Owls.

As a sophomore, Hurts is expected to take the next step in his development under Brian Daboll, who coached the tight ends of the New England Patriots for the previous three years. With Daboll replacing Kiffin, Hurts looks to be a Heisman Trophy candidate.

But there are obviously some other teams in the SEC that are worth watching who could win the conference title. The LSU Tigers (+500), Auburn Tigers (+500), Georgia Bulldogs (+700) and Florida Gators (+800) all have a shot to unseat the Crimson Tide, with the Tennessee Volunteers (+2000) next as the sixth choice.

The Texas A&M Aggies are even longer shots to win the SEC at +4000.

Florida finished as runner-up each of the last two years, losing to Alabama in the title game by a combined score of 83-31. The Gators won the SEC East with a 6-2 record in 2016 and went 9-4 overall compared to 8-0 and 14-1 for the SEC West champion Tide.

Tennessee, Georgia and the Kentucky Wildcats (+10000 to win the SEC this season) all finished with a 4-4 mark in the SEC East while Auburn and LSU went 5-3 in the SEC West. Of that group, the LSU Tigers are the most intriguing school under first-year head coach Ed Orgeron, who took over for Les Miles last season after he was fired.