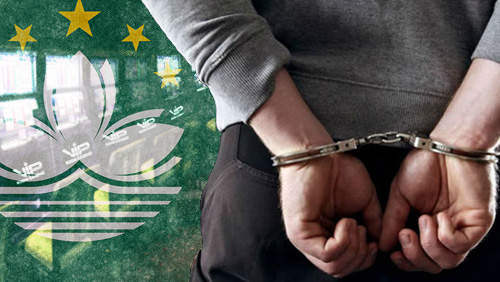 Nineteen people from mainland China were arrested in Macau on Wednesday on suspicion of operating an illegal VIP gambling room in a city hotel.

According to a GGRAsia report, which quoted public broadcaster TDM, the hotel involved was located in the NAPE district, and the arrested people had been playing roles as security guards, dealers, VIP hosts, VIP room operators and gamblers.

Members of the Macau Judiciary Police also found four alleged customers in the hotel during the raid, according to the report.

Authorities suspected that the group had been running VIP rooms in different locations in the special administrative region for the past two years.

The raid stemmed from a tip from a mainland resident, who claimed that the group has set up a VIP room in the city hotel where they lured other mainland residents to gamble, Chinese-language newspaper Macao Daily News reported.

This is the second time in recent weeks that the Macau Judiciary Police have arrested mainland Chinese residents for gambling-related crimes in the city state.

The Macau Judiciary Police said they are still searching for the mastermind of the alleged loan-sharking operation.

The office of Macau’s Secretary of Security reported a rise in the recorded number of gaming-related crimes in Macau in the first three months of this year with 424 cases recorded during this period, a year-on-year jump of 15.2 percent.

A total of 105 cases of gaming-related suspected unlawful detention were recorded in the first quarter of 2017, representing a year-on-year increase of 18 percent. Authorities said the bulk of the unlawful detention cases were connected with loan-sharking operations targeting Macau gamblers.