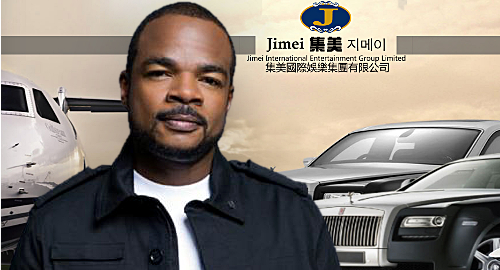 Casino junket operator Jimei International Entertainment Group is branching out into the world of cinema now that its gaming operations have dried up.

On Wednesday, Jimei alerted the Hong Kong Stock Exchange that the company had hired noted film director F. Gary Gray “in relation to the development and production of motion picture projects.” Gray (pictured) is the acclaimed director of such films at Straight Outta Compton, The Italian Job and this year’s installment of the Fast & Furious franchise, The Fate of the Furious.

Jimei says its deal calls for Gray to develop three movie projects over three years, and if Jimei approves any of the projects, it will negotiate Gray’s role in their production, be it as director, producer or executive producer. Gray has agreed not to sign any similar deals with any other “Chinese-owned or controlled company.”

While the Gray announcement claims Jimei is “principally engaged in the entertainment and gaming business,” the company’s gaming operations have undergone dramatic shrinkage this year, including the scrapping of a Macau junket profit participation deal that took over two years to negotiate but never actually earned the company a dime. Jimei also scrapped a casino joint venture project in Cambodia, while ending its direct junket deals with the NagaWorld casino in Phnom Penh and The Star Entertainment Group’s flagship gaming property in Sydney, Australia.

The demise of these gaming operations would be news to anyone who visits Jimei’s corporate site, which still lists all the above casino operators as active partners. It’s equally unclear whether Jimei’s former deal to steer VIP gamblers to Crown Resorts’ casino in Perth has met a similar fate.

DUTERTE TARGETS CLARK FREEPORT BOSS
Jimei’s shift away from gaming coincides with company founder Jack Lam selling his stake in the company this spring. Lam was believed to be short of cash after the Philippine gaming assets controlled by his privately held Jimei Group were seized by the local government due to allegations of corruption, including tax avoidance and the use of undocumented Chinese workers.

On Wednesday, Duterte gave a speech in Pampanga at which he claimed he was “about to fire somebody from here.” Duterte later confirmed that the target in its sights was an official from Clark who allegedly sought P2m (US $40k) in bribes on every contract he’d approved. Duterte also suggested the corrupt official was overly friendly with Lam.

While Manakil wasn’t specifically identified in the media reports, the CDC CEO issued a statement on Thursday denying any involvement in soliciting bribes or any other illegality in Clark during his 21 years spent working at the CDC. Despite this claim, Manakil announced he was taking a voluntary leave of absence “to allow the investigations to proceed unimpeded.”