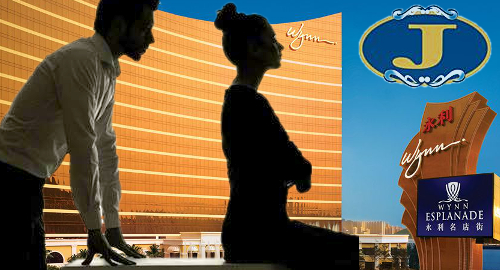 On Wednesday, Jimei informed the Hong Kong Stock Exchange that it had terminated negotiations to indirectly participate in a profit sharing deal with a Macau VIP gaming promoter. The filing didn’t identify the Macau promoter, but a earlier filings identified the operator as New International Club Ltd, which is a licensed VIP promoter that had reportedly been negotiating a deal to operate around 30 VIP tables at the Wynn Macau casino.

It had been well over two years since Jimei began talks with New International Club regarding the VIP profit participation deal and the deadline was extended again in March until the end of June. With just one week to go, Jimei decided to walk away after determining that “no agreement could be reached with the concessionaire upon such prolonged period of negotiation.”

Jimei assured its shareholders that the termination of the talks wouldn’t have “any material adverse impact on the business, operation and financial position of the Group” and that none of the parties involved in the talks have any liabilities toward the other.

Earlier this month, Jimei announced plans to convene a special general meeting on June 30 to ask shareholders to consider changing the English name of the company to Starlight Culture Entertainment Group Ltd. Jimei is also seeking to change its Chinese-language secondary name.

Jimei said the brand revamp would “better reflect the recent change of control” of the company. In April, founder Jack Lam sold his controlling stake in the company to Cosmic Leader Holdings Ltd. for $57m. Lam was presumed to be suffering a liquidity crunch since his Philippines-based operations were shut down last year after earning the ire of President Rodrigo Duterte.

Jimei also believes that the name change is warranted due to “the further business diversification and enhancement of the entertainment business of the Group,” although the company has yet to indicate exactly what diversification steps it has taken.

Jimei’s junket operations have shrunk over the past year, with operations at Cambodia’s NagaWorld casino expiring in January and a separate Cambodian development deal failing to launch, which reduced Jimei’s junket business to several VIP tables at Crown Resorts’ Perth casino. Peter Jenkins, head of media and communications at The Star Entertainment Group, told CalvinAyre.com that “The Star no longer has any connection to Jimei.”