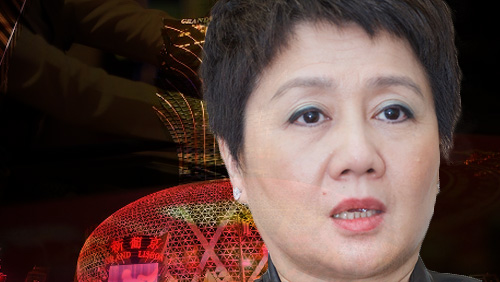 Ho has been the deputy managing director and chief financial officer of Shun Tak Holdings Limited—the transportation and property outfit started by her father—since 1999.  The younger Ho, who owns 8.4 percent stake in Shun Tak, is also a member of the executive committee, remuneration committee and nomination committee of Shun Tak and a director of a number of its subsidiaries.

The casino operator said Ho’s appointment as executive director doesn’t have a fixed term, but it will be subject to the arrangements of retirement by rotation and re-election at the annual grand meeting of the company. She will receive an annual director’s fee of HK$0.50 million on pro-rate basis in 2017.

SJM said Cunha, a longtime adviser of the elder Ho, decided not to seek for re-election “for the reason of change of his responsibility focus as a result of business growth and diversification of the company and its subsidiaries.” Cunha has served as a director of Sociedad de Jogos de Macau SA, the Macau entity holding SJM Holdings’ Macau gaming license, since 2001. He has also been its company secretary since 2003.

Thanks to increased activity in its premium mass business, SJM Holdings posted higher profits despite lower revenue in the first three months of 2017. The company’s gaming revenue fell 5.3% year-on-year to HK$10.4 billion (US$1.33 billion) in the three months ending March 31, but its adjusted earnings inched up 0.7% to HK$843 million and profit rose 3.3% to HK$580 million ($74.5 million). SJM’s earnings margin improved half a point to 8% during Q1.