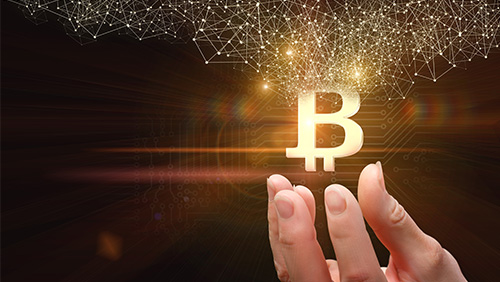 Coinbase is reportedly on a mission to raise money as interest in digital currency skyrockets among investors.

The bitcoin start-up is talking to investors on a new round of funding at a $1 billion valuation, The Wall Street Journal reported, citing people familiar with the matter. The goal is to raise $100 million, which—if all goes according to plan—is poised to become the biggest fundraising round ever for a bitcoin company.

The bitcoin company was valued at around $400 million in 2014, according to Coin Telegraph, quoting Nakamoto Institute’s Pierre Rochard. Today, Coinbase is 2.5 times bigger, and it’s a growth that can be described as “consistent and satisfactory” for its investors.

Coinbase, however, has had its share of troubles. In February, the exchange ceased its operations in Hawaii after the state’s Division of Financial Institutions required the company to maintain cash reserves equivalent to bitcoin’s cash value as redundant collateral—a policy that Coinbase maintained is “obviously untenable.”

The company is also in the middle of a legal battle with the U.S. Internal Revenue Service, which is after the exchange to submit records of all transactions that took place from 2013 to 2015. The summons is part of a probe into possible tax fraud committed by U.S. residents who engaged in business with or through the San Francisco-based bitcoin exchange, but Coinbase has taken the fight to block the summons back to court, where it was recently joined by two anonymous customers.

Coinbase has yet to divulge its plan for the rest of 2017, but there indications that the bitcoin company may be eyeing an Asian expansion as the demand for cryptocurrencies in Japan, South Korea and China continues to grow.